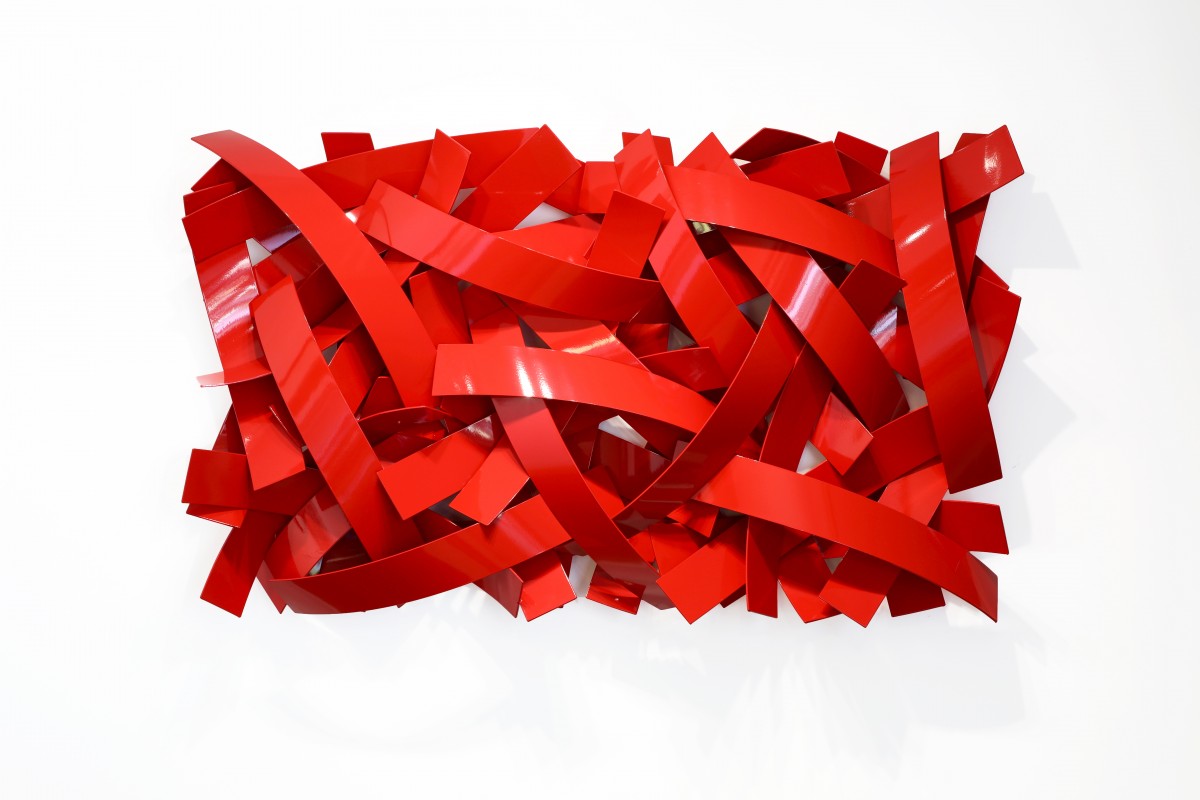 Though the art of Matt Devine and Nina Tichava diverge in medium and technique, both create works which are not restrained by the boundaries of their mediums. Working with solid metals, Matt Devine seems to defy logic in his sculptures by manipulating heavy and rugged materials to appear as light as paper. Nina Tichava’s paintings are confined to a flat panel, however, the board is given depth and texture through her intricate layering of assorted media.

Both artists’ works are comprised of various components made into one dynamic composition. Their art expands upon the relationships of patterns and dualities; pushing the mind to see beyond the boundaries it perceives to exist.

Beyond Boundaries will be on display through November 16th, 2019

Metal sculptor and self-taught artist, Matt Devine began honing his skills in 1995. His nonrepresentational sculptures composed of clean and harmonious forms appear weightless although fabricated from heavy metals such as steel, aluminum, and bronze. Devine’s practice is an ongoing search for harmony and balance in the face of a chaotic information-saturated culture. As he finds meditative space in his working process, so too does Devine hope that his approach to minimalist forms and controlled multiplicity guide viewers into a space of calm.

Devine’s work is currently on display at highly-regarded fine art galleries across the country. His creations can be found in private American collections in locations from Los Angeles to New York and international collections on five continents. Devine has also expanded his scope to include design and fabrication of large-scale public works on display in prominent urban settings.

Nina Tichava was raised in both rural northern New Mexico and the Bay Area in California. She was influenced by her father, a construction worker and mathematician and by her mother, who is an artist and designer. The reflections of these dualities—country to city, pragmatist to artist, nature to technology—are essential to and evident in her paintings. Nina is a recipient of the Pollock-Krasner Foundation Award Grant in 2007 and has exhibited professionally since 2009. She received her BFA from California College of the Arts [+ Crafts] in San Francisco/Oakland.