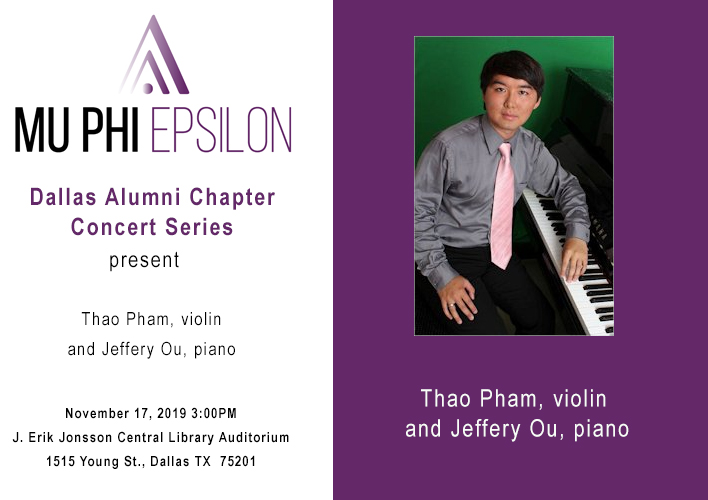 In 2009, 18-year-old Jeffery Ou introduced himself to the music world by emerging as a Top 20 Semifinalist in the fourth season of “America’s Got Talent.” He was among the youngest contestants as well as the only classical musician, instrumentalist and East Asian to reach semifinals in the American spin on the “Got Talent” franchise that year. His performance drew worldwide attention.

The career of Taiwanese-American pianist, conductor, singer and television personality Jeffery Ou (b. 1991) has taken him across 5 US states and 3 countries. In Europe, Jeffery holds Diplomas in Art Song and Opera from the Sankt Goar International Music Academy in Germany, and is an alumnus of the American Institute of Musical Studies in Graz, Austria. He was also invited in summer of 2016 to enroll in the Cornish-American Song Institute (CASI) in England. In the United States, he is a graduate of the world-renowned College of Music at the University of North Texas, where he was an Emerald Eagle Distinguished Scholar and completed both Bachelor's and Master's degrees in Piano Performance, under the guidance of Dr. Steven Harlos and Gustavo Romero.