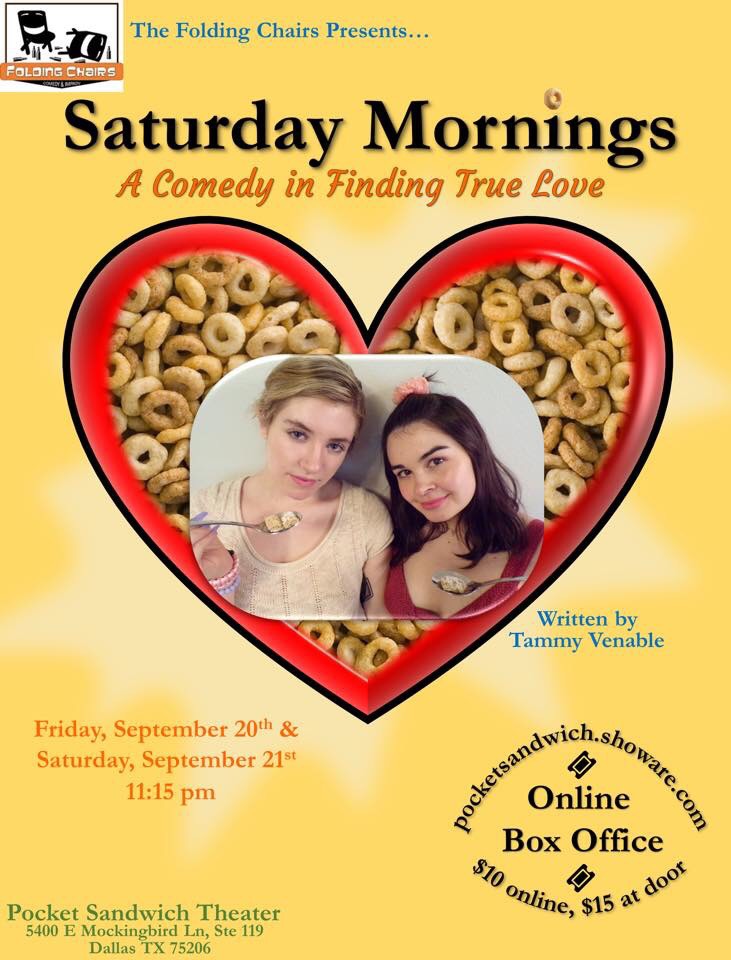 The Folding Chairs, a Dallas-based sketch comedy & improv troupe, present their first, full-length play “Saturday Mornings” at Pocket Sandwich Theatre on September 20 and 21. When best friends Lauren and Jane get transported to an alternate universe, they must find their “one true love” to return home. With the guidance of a leprechaun named Lucky, the girls go on a series of disastrous dates with an assortment of familiar characters, such as a tiger named Tony, a Count who loves chocolate, and a rabbit magician. Will the girls be able to follow their nose and return home, or will they go cuckoo in this magically delicious world? Put on your pj’s and join us to watch this hilarious and nostalgic comedy about friendship, dating, and Saturday morning’s favorite breakfast food. DOORS OPEN AT 10:45 WITH THE SHOW STARTING AT 11:15. GENERAL ADMISSION. SALES ARE FINAL.