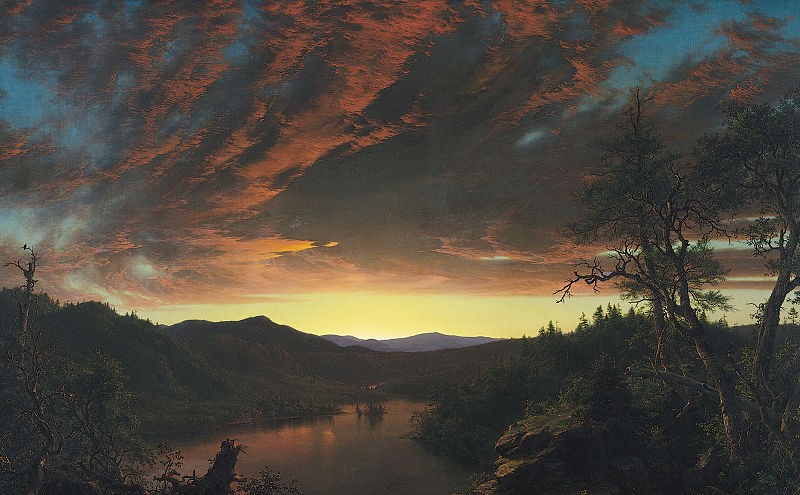 Tuesday Evenings at the Modern - Robyn O’Neil with Tyler Green

I’ve been collecting my favorite skies from art history since I was in my late teens. . . . Most recently, I’ve started a series of drawings devoted to skies/clouds/storms in art history, literature, poetry, film, TV, and music. I like the idea of creating a huge storm out of colliding clouds from things as varied as JMW Turner, Alex Katz, Rumi, Flannery O’Connor, Beverly Hills 90210, Werner Herzog, crime scene photos, bird-watching illustrations, etc. Imagining sky references from diverse varied sources coming together to build the most intense storm ever is just about as exciting to me as anything I’ve ever conceived of. Robyn O’Neil

Artist Robyn O’Neil is in conversation with the producer and host of the Modern Art Notes podcast, Tyler Green, in conjunction with the Modern’s exhibition Robyn O’Neil: WE, THE MASSES, a survey that examines the artist’s formal and conceptual developments over the past two decades.

Following a shared interest, Green and O’Neil present “Skies in Art History” as they discuss the subject as found in O’Neil’s work as well as the influence and inspiration she finds in the skies of other artists throughout time. Looking at specific works of art featuring skies that excite both O’Neil and Green, the two share their considerations of why artists have always looked heavenward.

This conversation will also be available as an episode of the Modern Art Notes podcast the week following this Tuesday Evenings presentation.

Robyn O’Neil has endeared herself to viewers for more than two decades as her lush drawings exploring themes of evolution, natural catastrophe, the apocalypse, and the beauty of nature have shown widely in national and international exhibitions, including the 2004 Whitney Biennial.
Tyler Green is an award-winning historian and critic. He has hosted the popular MAN podcast since 2011, and his recent book, Carleton Watkins: Making the West American, won a California Book Awards gold medal.