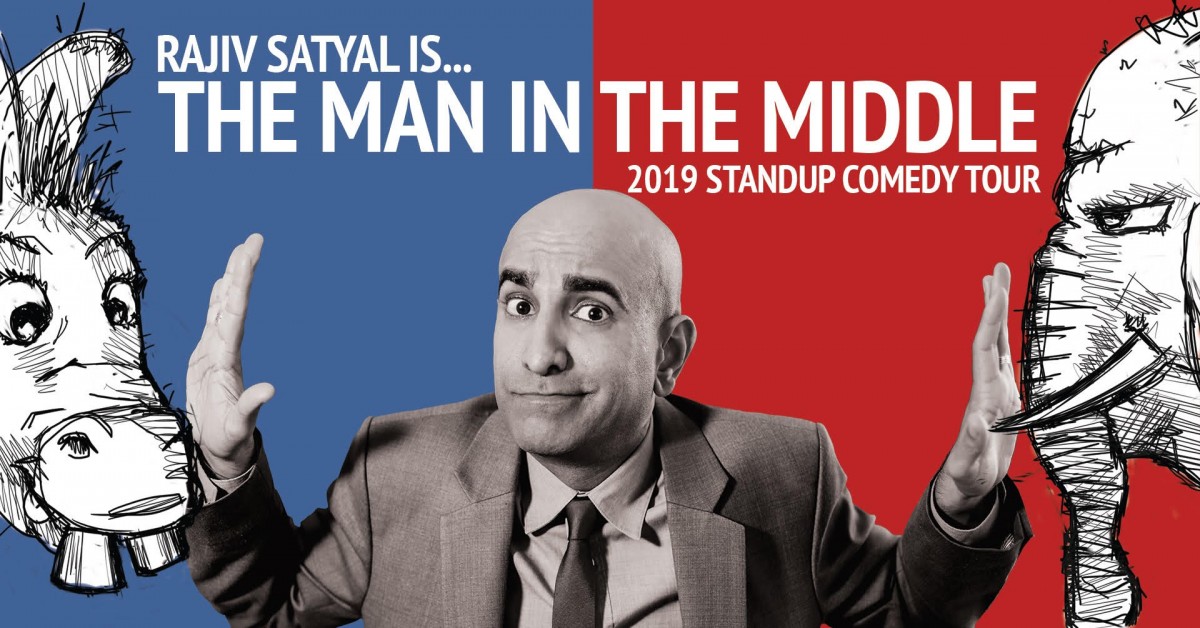 Rajiv Satyal is... the Man in the Middle

Rajiv Satyal is a Los Angeles-based comedian/host. His TV-clean act has made him one of the most versatile comedians working today.  He began his career in his hometown of Cincinnati, Ohio.

Rajiv had an unusual entry into standup, doing his act for then-World No. 1 tennis player Pete Sampras in a locker room.  Satyal has some interesting claims to fame:  he opened for Indian Prime Minister Narendra Modi in front of 17,000 people. He made the massively viral I AM INDIAN video, which has been seen over 50 million times, shared by Bollywood stars, and used to introduce the Indian Prime Minister in Shanghai and Dubai. He has opened for Russell Peters more than any other Indian comedian. Rajiv has opened for Dave Chappelle five times and even opened Chappelle’s very first show after his much-publicized African hiatus. And one night in New York City, Satyal closed the show at Gotham Comedy Club, following one of his heroes, Jerry Seinfeld.