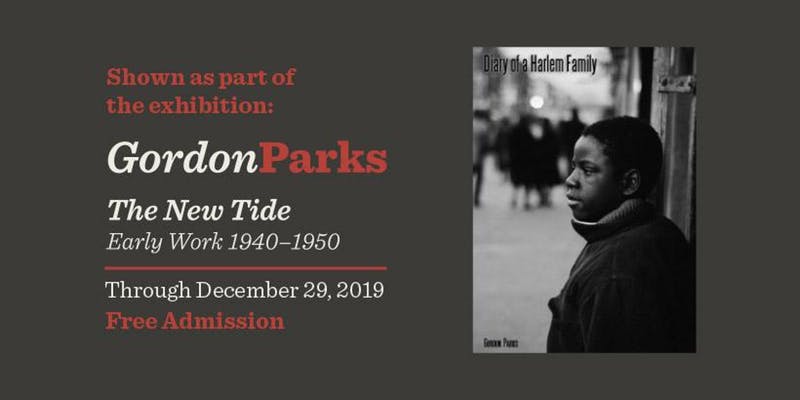 Join us for this special afternoon with the Video Association of Dallas to watch two of Gordon Parks’ early documentaries: Diary of a Harlem Family (1968, 20 minutes) and The World of Piri Thomas (1968, 60 minutes).

In Diary of a Harlem Family, Parks tells the story of the Fontenelle family. He was inspired to make this film after photographing the Fontenelles for a Life magazine photo essay on race and poverty in an attempt to show that, regardless of race and class, families across America all work to provide for their children.

The World of Piri Thomas gives an unflinching view of the “mean streets” of Spanish Harlem as told by one of its most noted inhabitants. In this film, Thomas, who was a painter, poet, author, ex-con, and ex-junkie, shares his experiences and reads from his book, Down These Mean Streets.

This program is free, but reservations are required.

Special thanks to the Indiana University Libraries Moving Image Archive.