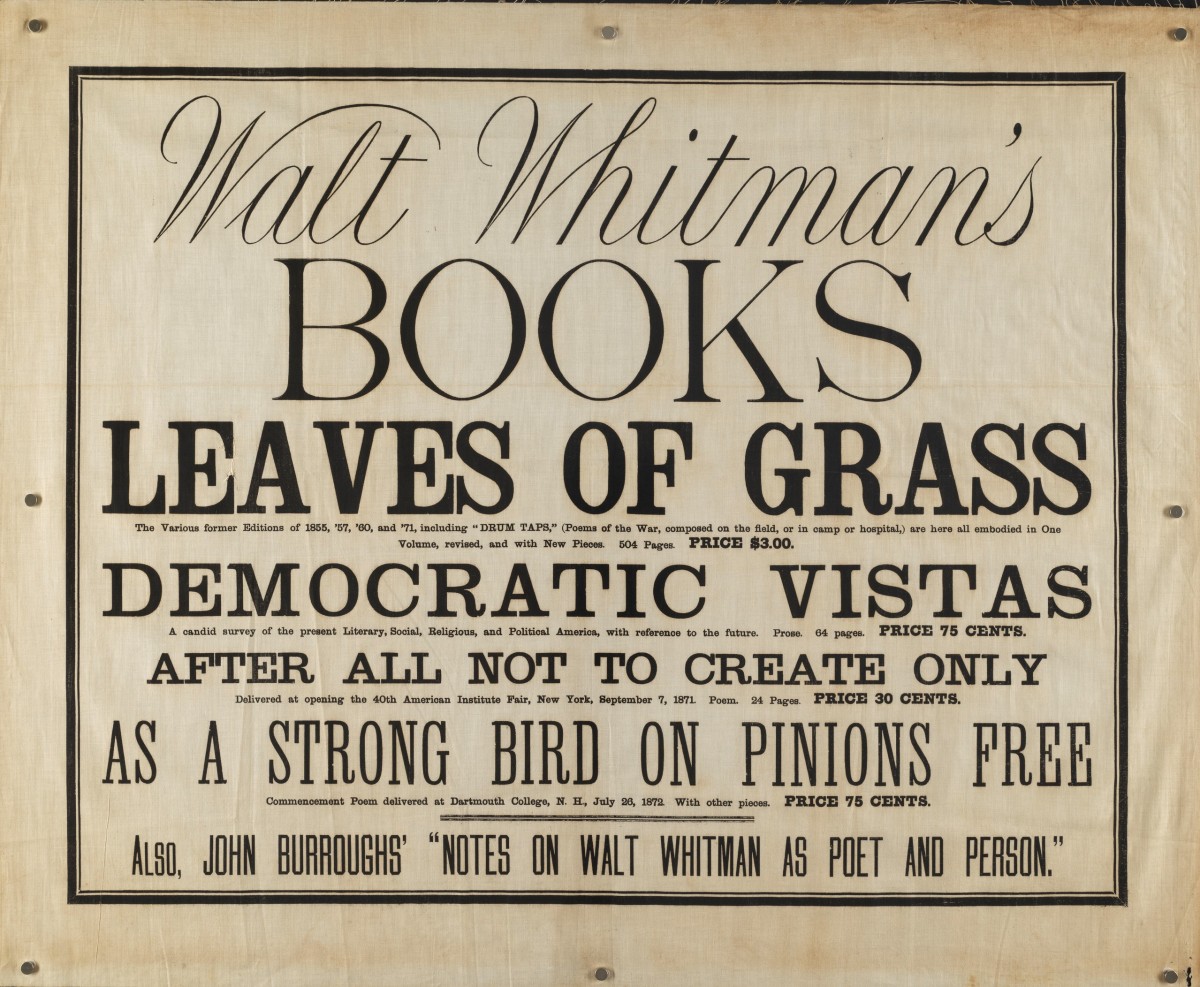 All Goes Onward and Outward: Walt Whitman at 200

“Everything Goes Onward and Outward”: Walt Whitman at 200

An Exhibition from the Collection of Robert O. Harris, Jr., at the DeGolyer Library at Southern Methodist University, Hillcrest Exhibition Hall

“I greet you at the beginning of a great career,” wrote Ralph Waldo Emerson to Walt Whitman in 1855, on first reading Leaves of Grass. Today regarded as one of America’s great poets, Walt Whitman (1819-1892) was born on Long Island in relative obscurity and spent his formative years in New York, moving to Washington, D.C., during the Civil War and later to Camden, N.J., in retirement. With his “barbaric yawp,” he gave voice to democracy and American ideals, pursuing themes of freedom, love, nature, time, and eternity in verse that was strikingly original, generally devoid or rhyme, meter, or ornament. The exhibition is part of a nation-wide celebration of Whitman’s 200th birthday, here selected from the private collection of local collector Robert O. Harris, Jr., who has been collecting Whitman for almost 40 years. It offers an exceptional opportunity for the Dallas community to see an extraordinary collection, close to 200 rare items, devoted to an extraordinary poet.

Highlights include every American edition of Leaves of Grass published during Whitman’s lifetime, starting with the 1855 edition, as well as important foreign editions and fine press editions and copies of first editions of Whitman’s other books. The exhibit also features original photographs, correspondence, and materials from Whitman’s household, including scrapbooks, ephemera, and a book from his library.