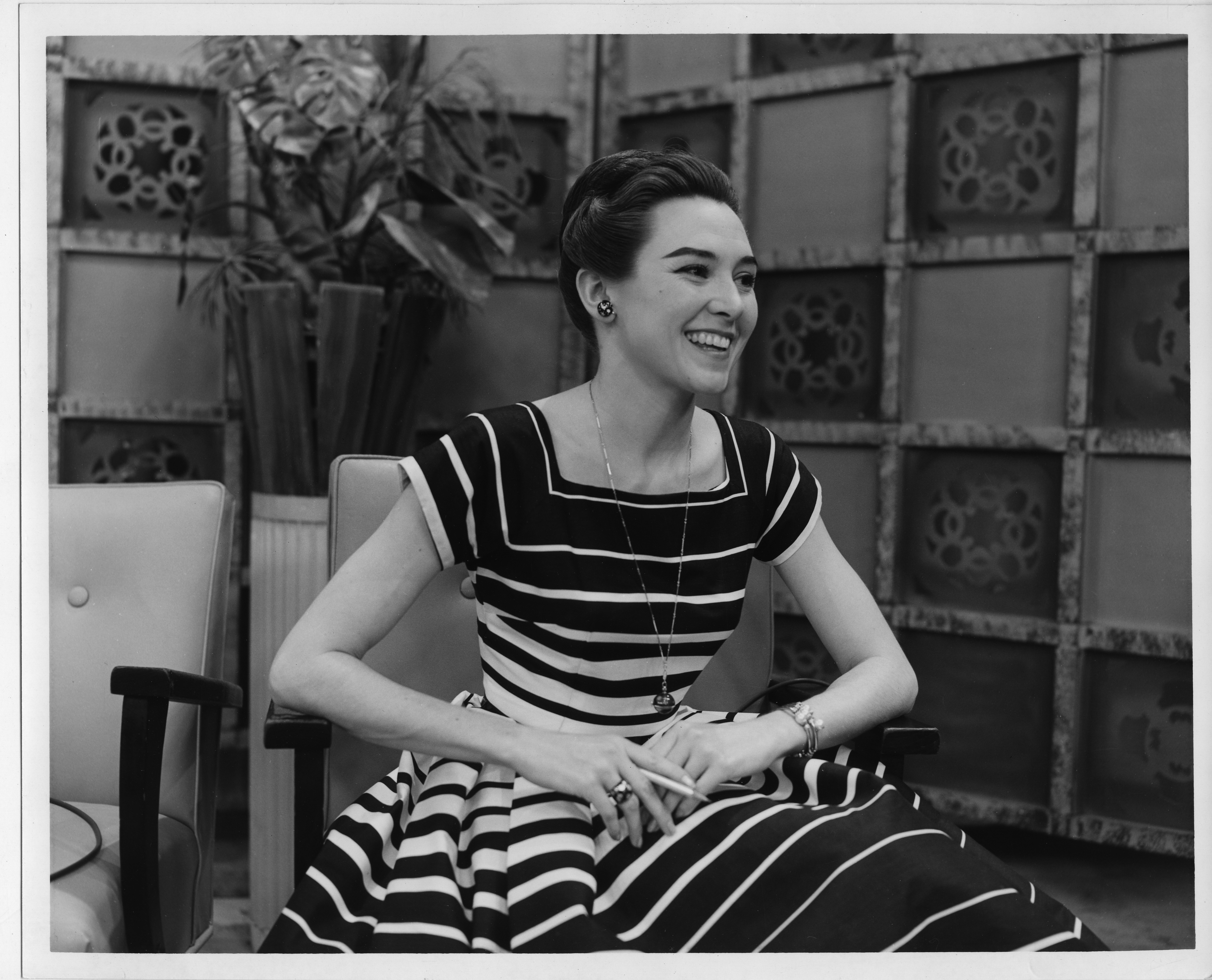 Bobbie will share stories about her experiences with luminaries and discuss her book Talking to the Stars: Bobbie Wygant’s Seventy Years in Television, at 7:30 p.m. Thursday, September 19, at the Allen Public Library.

Started in 1948 by publisher magnate Amon G. Carter, WBAP (now KXAS) was the first television station west of the Mississippi. Bobbie was there from the beginning.

Like all members on that early Channel 5 staff, Bobbie assumed multiple tasks, including writing copy, performing live on-air skits, and presenting commercials. Her ability to connect with celebrities soon became apparent.   Even though stars may assume extroverted roles on the screen, they can be shy in real life. Evoking insightful answers from reticent celebrities is a special gift Bobbie possesses.  Don’t miss Bobbie’s account of a particularly tedious interview with Julie Christie.

Bobbie will also reflect on her personal observations of television broadcasting as it emerged as a family-owned WBAP-TV and offer fascinating insights into today’s multi-billion-dollar industry.

Sponsored by the Allen Public Library, the program is free.  The library is located at 300 N. Allen Dr.