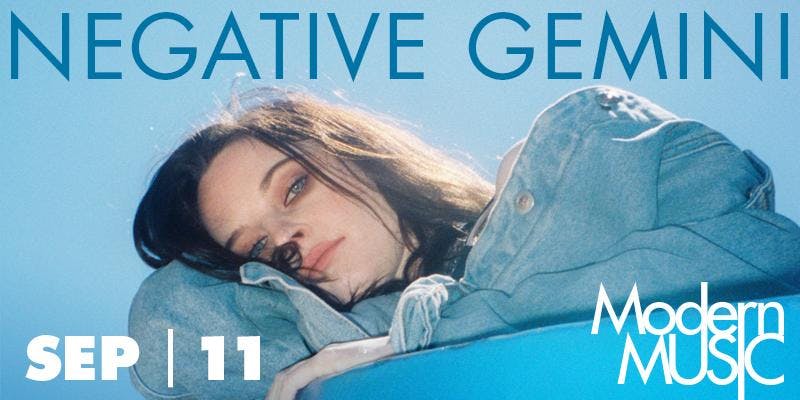 Praised by The Fader, Pitchfork, Resident Advisor, Gorilla Vs. Bear and many more, Negative Gemini is coming to The Modern.

Negative Gemini is American songwriter, singer, and producer Lindsey French. Known for her contemporary take on electronic indie and her experimentation between genres, the Virginia native released her self-produced album Body Work via her own record label (100% Electronica) after moving to Brooklyn in 2014. Earning early comparisons to the likes of Hope Sandoval and Gwen Stefani., With its unique blend of underground dance beats and pop hooks, Body Work quickly found itself the darling of many music publications, garnering critical acclaim from prominent sources such as MTV news, Resident Advisor, and The Fader.