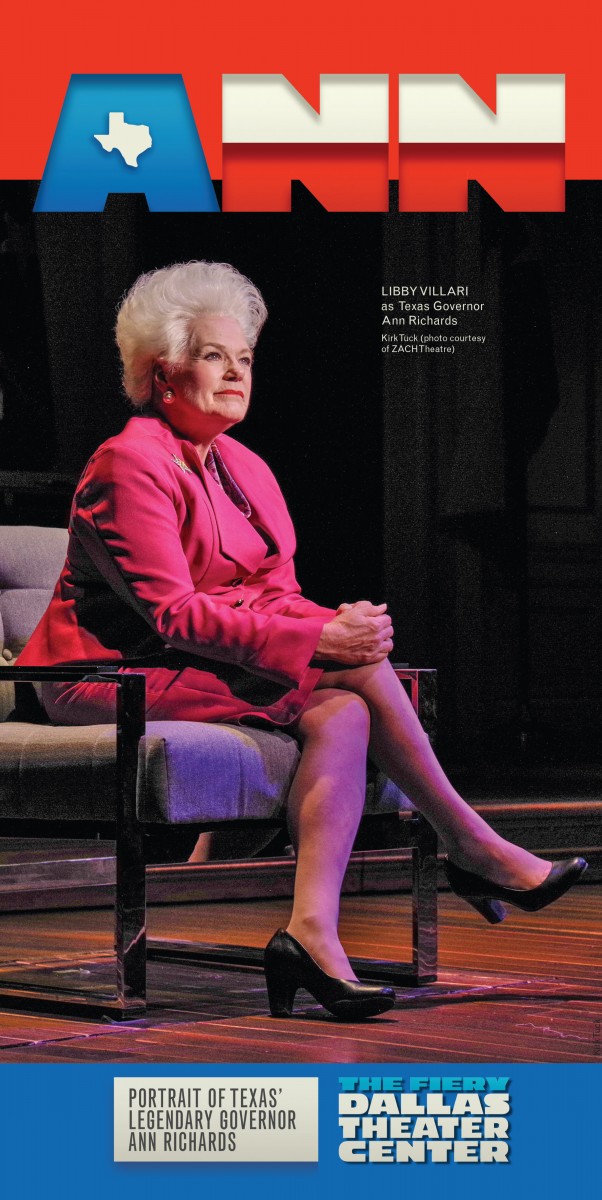 Written by HOLLAND TAYLOR | Starring LIBBY VILLARI Directed by KRISTEN VAN GINHOVEN Kalita Humphreys Theater October 15 - November 10, 2019 Portrait of Texas' legendary governor Ann Richards The feisty and unadulterated life of legendary Texas Governor Ann Richards is revealed in a stunning performance written by Emmy Award-winning actress and writer Holland Taylor (The Practice, Two and a Half Men). Now an icon, both heroic and hilarious, Ann Richards is profoundly inspiring. While her leadership as a woman couldn’t be more timely, she remains truly a woman for all seasons.

Libby Villari (Friday Night Lights, Boyhood) plays the main role in this intimate chronicle of Richards’ legacy and how she was determined to make her mark on the world. “Frank, funny and warm” (New York Times), ANN is a captivating tribute to Richards’ life as an activist, politician and feminist champion. A co-production with Arena Stage.