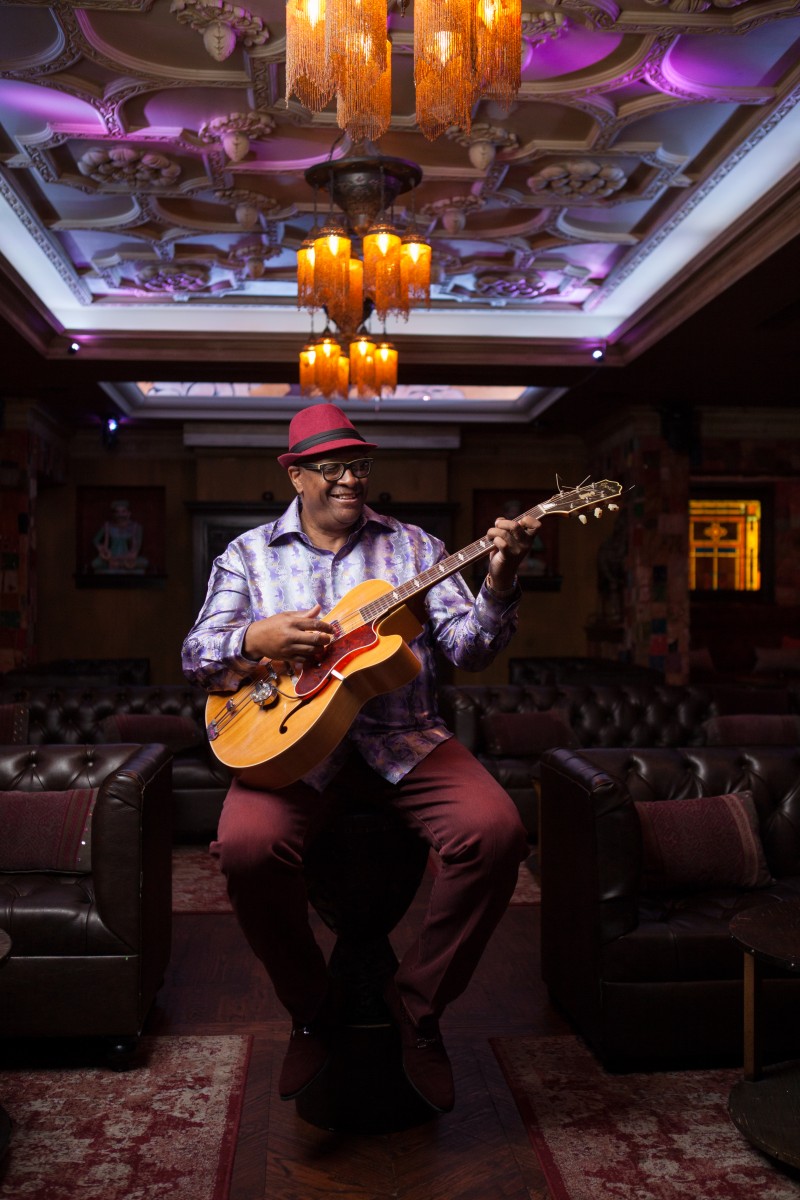 Nominated for four Grammys, Shake Anderson has played with or produced for a number of performers including Curtis Mayfield, Ruben Studdard and the Indigo Girls. You can hear him perform at 7:30 p.m. Friday, September 13, at the Allen Public Library.

Performing in Carnegie Hall, The Apollo Theatre and Radio City Music Hall, this multi-instrumentalist, singer, songwriter and producer has also worked on numerous films. As a result, he garnered gold and platinum albums for his work on Blue Streak, Dr. Doolittle, Boys on the Side, and Austin Powers.    Shake spent six years as musical director for soul music legends “The Impressions,” and later formed the Grammy-winning gospel group New Breed with Israel Houghton.

Once confronting serious illnesses and spending nine months in the hospital, life has not always been easy for Shake.  He observes, “Once you’ve been to the edge, the middle don’t matter.”

Sponsored by the Allen Public Library, the concert is free.  The library is located at 300 N. Allen Dr. Call 214-509-4911 for additional information.