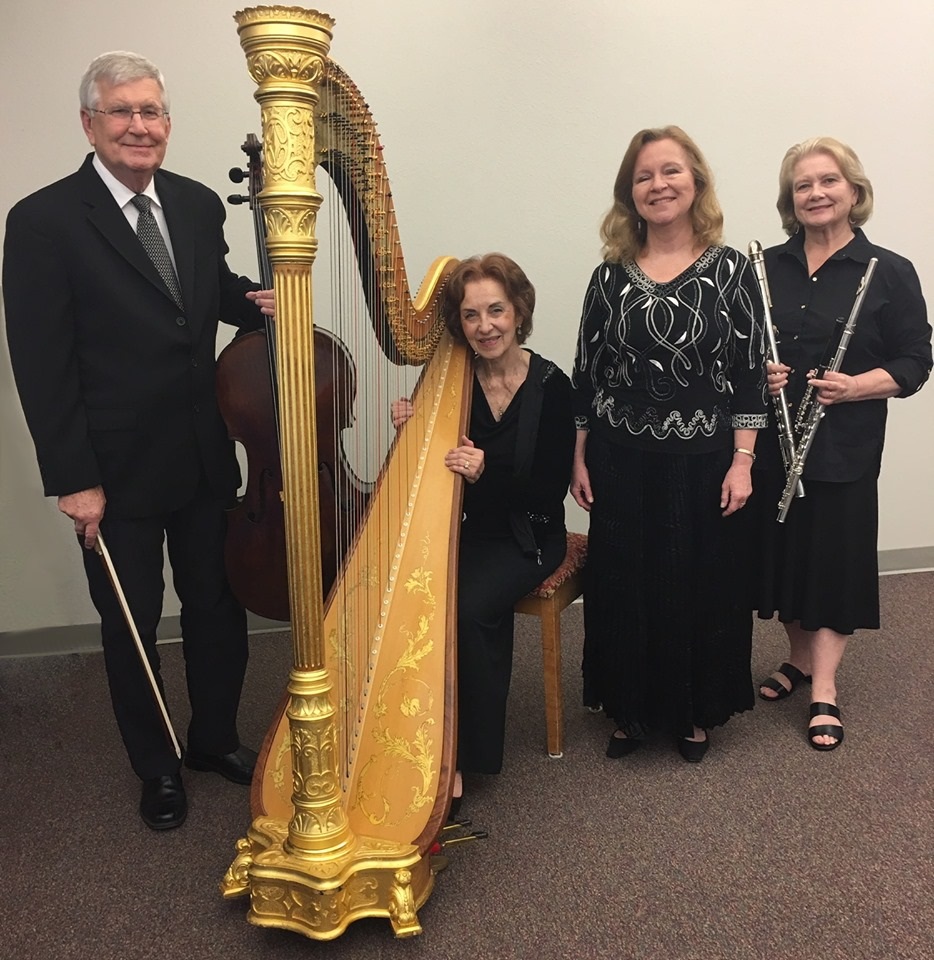 Concerts at St John's presents four acclaimed local performers in a concert of American music representing composers as Michael Cohen, Jay Unger, Deborah Henson-Conant, and a set of folk songs. James Higgins, adjunct professor of music at UTD, performs on cello, Sydney Howell has been a free-lance harpist for 45 years, Mary Shinn maintains an active flute studio and performs frequently with Flute Suite, and Laurel McConkey Allen, mezzo-soprano, is well known in DFW as a prolific singer and harpist. This concert is free and open to all. A reception will follow.