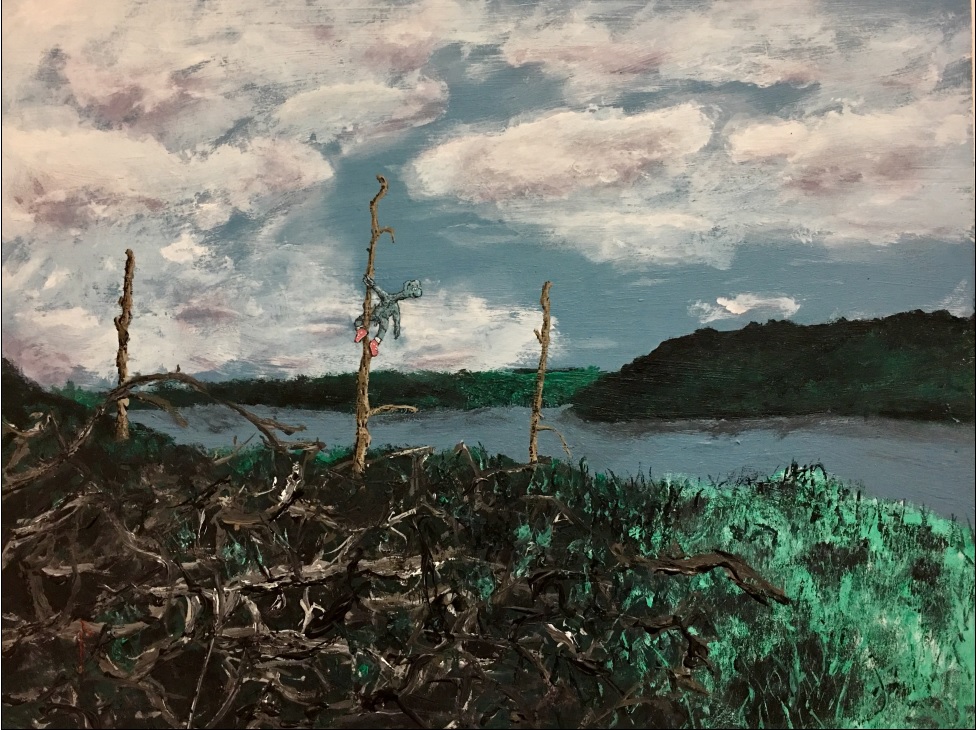 Conduit Gallery is pleased to announce a solo exhibition of paintings by Dallas-based artist, Jeff Gibbons.

Jeff Gibbons has explored a wide array of materials in his art practice. His sculptures have made use of HVAC equipment to create constantly freezing coils of ice, and have animated found and repurposed materials – cheese, noodles, heavy machinery - into reactive and automated beings. He has choreographed dance performances, made films, written numerous stories and essays, and developed musical works. You would not have called him a "painter”. Until now. Following his December 2018 show, this upcoming exhibition won’t feature the kinetic sculpture or interactive statuesque characters that one might be used to in his work. This fall season, Gibbons will show a series of new paintings that loosely tell the story of Planet Sandwich. Gibbons describes:

“Planet Sandwich is a story about the future of Planet Earth, as well as a series of paintings, exploring themes such as nuclear war, genetic mutation, childhood development, artificial intelligence, failure, hopelessness and pluck, and the universal appeal and staying power of humankind’s greatest invention — sandwiches.“

Gibbons’ propensity to create a universe out of a single character is on full display here, in semi-narrative form. The paintings can feel like a series of vignettes in a family of related concepts – curious characters making their way through landscapes that have long been victim of apocalyptic catastrophe, and a massive world city inhabited by robots and run by Artificial Intelligence which serves up sandwiches to the wealthiest beings in the Universe.

Gibbons’ talent as a writer is manifest more directly in this body of work than ever before. The collection of paintings waxes poetic on our collective concerns for the future of the planet and ourselves, whilst remaining hopeful and humorous enough to exist in Technicolor.