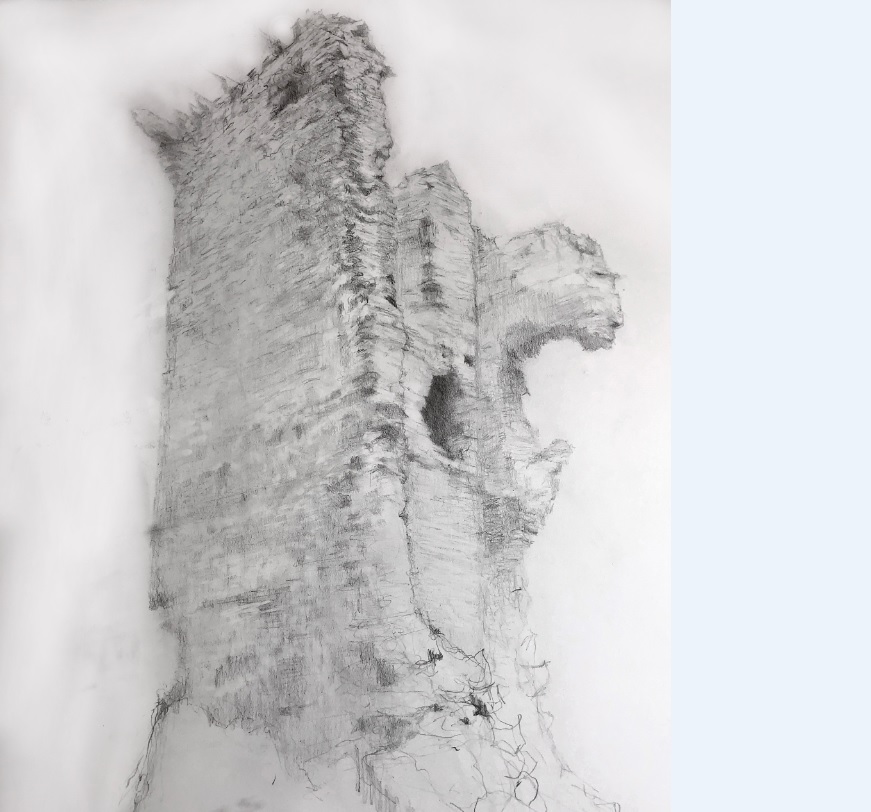 Conduit Gallery is pleased to announce "Supernatural Architecture," a solo exhibition of graphite drawings on paper by New York and Florida-based artist and writer, Darren Jones.

Power, wealth, politics, control, defense, propaganda, and dynastic intent. These were the appetites upon which the foundations of castles were laid a thousand years ago. Technologies have evolved, but our compulsions are largely unchanged. Such sentiments are still expressed in financial, administrative and militaristic architectures of which castles are the progenitor, with perhaps the American skyscraper their truest heir.

The relevance of castles diminished four hundred years ago, overtaken by civic and societal progress. They were often deserted and left to the inclemency of storms, plundered for stone, or overtaken by the verdancy
of nature. But in the silence of their abandonment, they became something else.

While their crumbling, monumentality was still situated in the landscapes they once dominated, the patina of time allowed legend and myth to permeate their masonry with the wind and rain. As the centuries passed, they came to be seen as less of this world, and more as sentinels to spectral realms of mystery. Today, their quiet, decayed towers and secret rooms have become moldering sepulchers to the folly, greed, and ambition of men; brutal, stoic testaments to everything we have ever gained and lost. In his fortresses, guardhouses and edifices, Jones seeks to convey the atmospherics of lore, and enigma still manifest in their haunting remains.