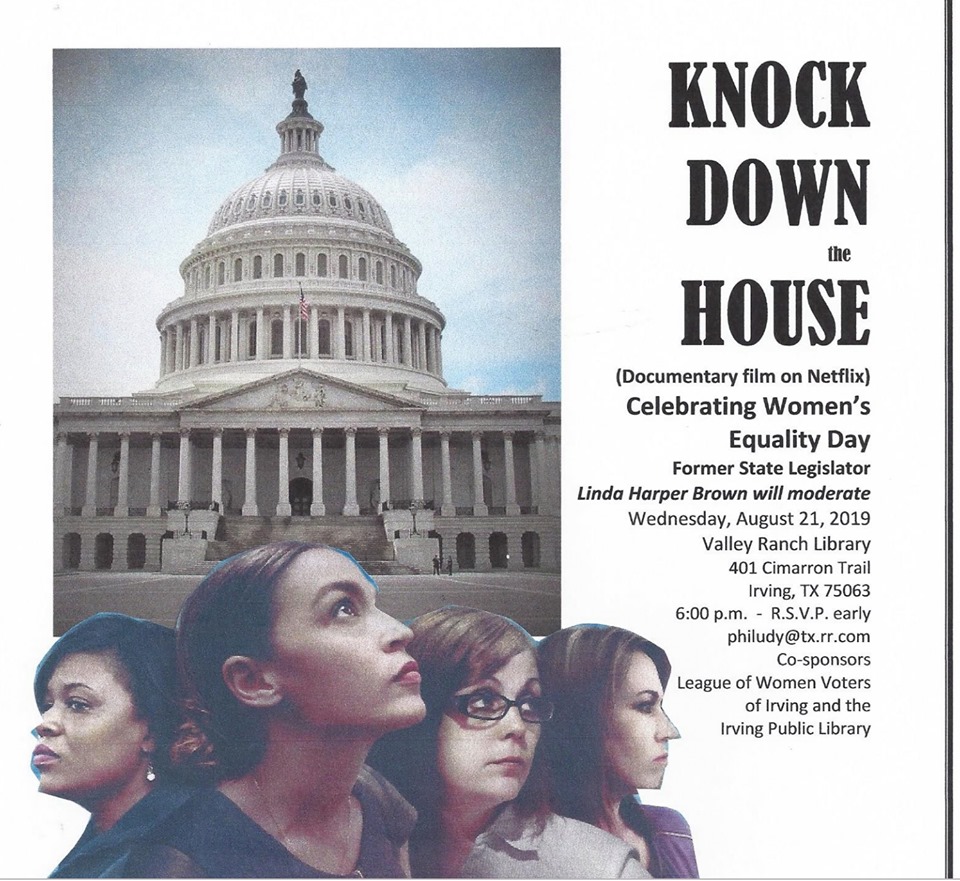 Screening of 'Knock Down the House' and Panel Discussion

The Valley Ranch Library and the Irving League of Women Voters present a screening of the documentary, 'Knock Down the House," a look at the 2018 campaigns of a young bartender in the Bronx, a coal miner's daughter in West Virginia, a grieving mother in Nevada, and a registered nurse in Missouri as they comprise a movement of insurgent candidates to challenge powerful incumbents in Congress.

The event is in honor of Women's Equality Day, which celebrates the 1920 adoption of the Nineteenth Amendment to the U. S. Constitution. Following the film, one former legislator, Linda Harper Brown, and two current legislators, Terry Meza and Julie Johnson, will lead a panel discussion on women in politics.

‘Lutaw’ Makes A Splash At Cannes