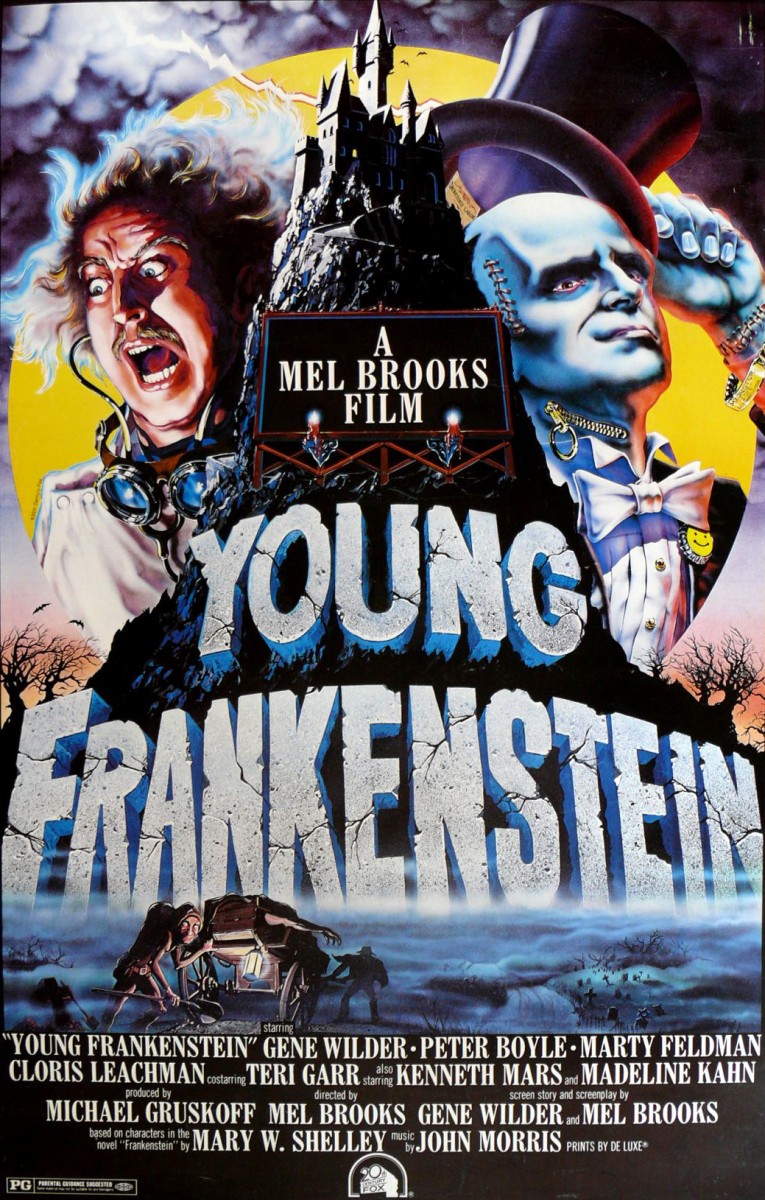 YOUNG FRANKENSTEIN (1974) PG, 106 minutes
Friday, October 4 at 7:30 p.m.
FIRST FRIDAY FILM
Starring: Gene Wilder, Madeline Kahn & Marty Feldman
Directed by Mel Brooks
An American grandson of the infamous scientist, struggling to prove that his grandfather was not as insane as people believe, is invited to Transylvania, where he discovers the process that reanimates a dead body.