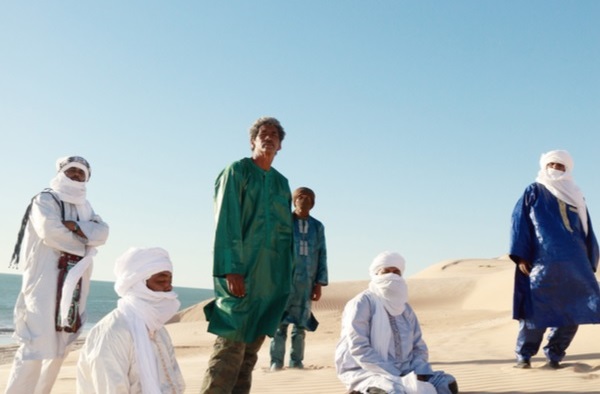 The new album by Tinariwen could well have been called Exile on Main Street. But other people have already thought of that. It also could have been called A la recherché du pays perdu (‘Remembrance of a lost country’). Except that would have been a tad Proustian for musicians who grew up pretty much between a rock and a sand dune, in the midst of their goat herds and camel caravans. But the idea is apt. As is the painful paradox, if you consider that while Tinariwen were busy criss-crossing the globe on their recent triumphant tours (160 concerts played in the past three years), expanding their audience on all five continents, becoming one of the latest musical phenomena of truly universal calibre, the frontiers that encircle their desert home were closing down and double-locking, forcing them into exile to record this their 8th album.