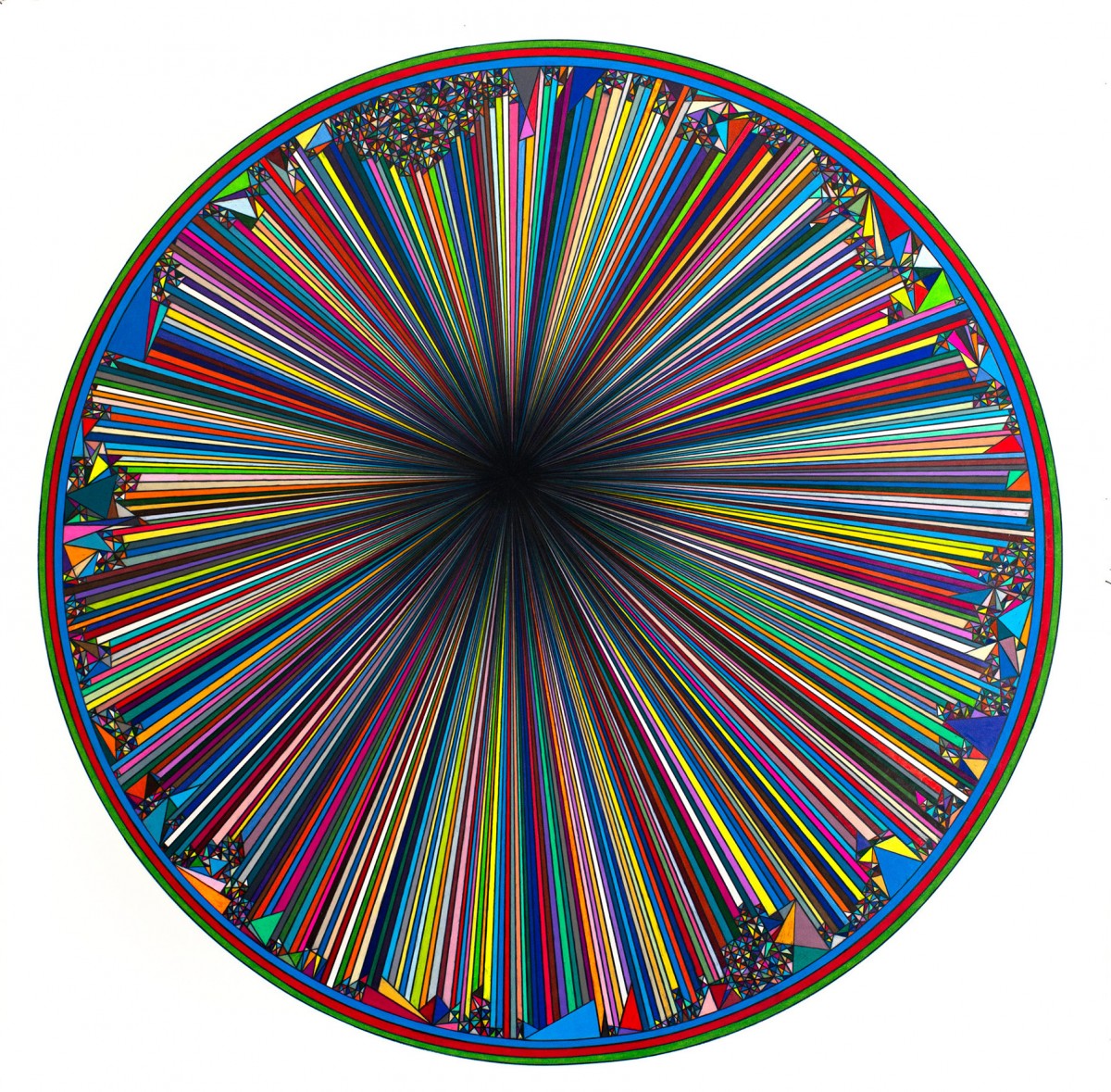 Galleri Urbane kicks off its fall 2019 season with a group exhibition of new work by gallery artists. Titled Distant Snapshots, the exhibition provides a look at the overall artistic vision of the gallery while also offering a preview of what to anticipate from solo exhibitions in the coming months.

The exhibition shares its title with a brand new video work by Arden Bendler Browning, just one of many artists in the show with an upcoming solo exhibition. The video is an extension of Browning’s painting practice, transforming the artist’s abstractions on panel into a virtual landscape. The version in Distant Snapshots is only a small preview of the fully immersive virtual reality experience planned for Browning’s November exhibition. Other artists with upcoming exhibitions include Heath West, whose paintings have evolved to be larger in scale and include more complex architectural detail; Samantha McCurdy, whose sold-out 2018 exhibition has set expectations high for her sophomore solo show in October; and Benjamin Terry, who has continued to hone his uniquely crafted paintings after an impressive first exhibition earlier this spring.

Additional highlights include new work by Donald Martiny, whose paintings continue to be in demand internationally. His larger-than-life brushstrokes of vibrant colors have been the focus of numerous solo exhibitions in galleries and museums around the US and abroad. The gallery’s narrow “art alley” space is transformed by artist Liss LaFleur. This unique space was once utilized by LaFleur to display video during her solo exhibition in January of this year, this time returning to push the installation further with a new two monitor video titled Lay Lady Lay (2019). Irby Pace, a long-time gallery staple, has also returned with new work in the artist’s ongoing photographic series that invokes the uncanny through smoke clouds in various environments. Having shot in locations ranging from the streets of New York City to the ranches of Marfa, Pace’s newest pieces have been captured in both urban and natural locales of Colorado.

With the vast array of work on display in Distant Snapshots, including painting, photography, sculpture, and video, the show provides a rare chance to experience the breadth of Galleri Urbane’s roster in an exhibition setting. It serves as the perfect opportunity to debut the latest from our artists’ studios, showcasing their ever-evolving practices.

Artspace111 is Calling All Texas Artists Far And Wide