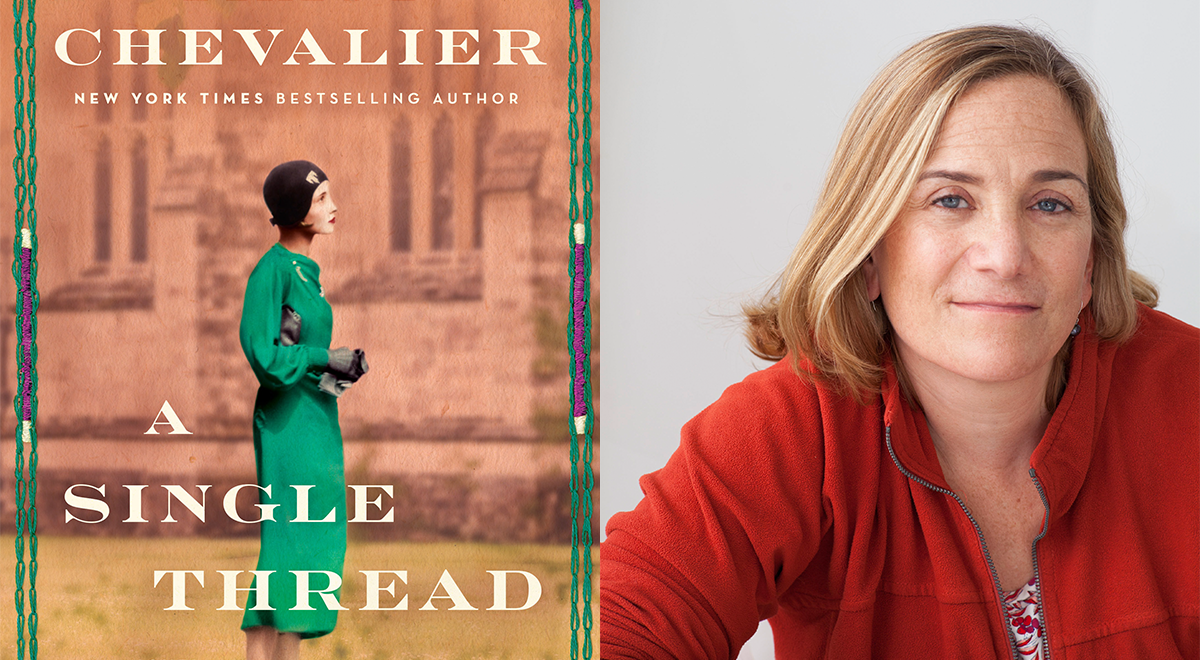 Tracy Chevalier’s A Single Thread offers an immersive, moving story of friendship, love, and a woman crafting her own life at the dawn of the Second World War. After the Great War claims her husband and her brother, Violet Speedwell is unable to reconcile herself to her fate as a “surplus woman” and moves to the town of Winchester, home to one of England’s grandest cathedrals. There, Violet enters into a society of broderers, women who embroider kneelers for the cathedral, and finds community and fulfillment in the work they create. As a new war appears on the horizon and threatens her independence, Violet must fight to put down roots.

Tracy Chevalier is the New York Times bestselling author of nine previous novels, including Girl with a Pearl Earring, which has been translated into 39 languages and made into an Oscar-nominated film starring Colin Firth and Scarlett Johansson.