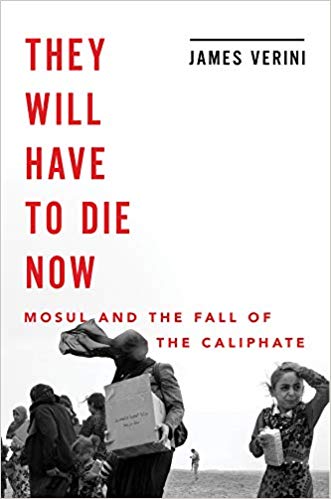 James Verini - The Battle of Mosul

In the summer of 2014, ISIS seized Mosul, Iraq’s second-largest city. Two years later, award-winning magazine writer James Verini went to Mosul to write about life under the Islamic State. A few weeks after Verini arrived, an Iraqi government-led coalition launched the campaign to take back Mosul, a yearlong battle that devastated the Islamic State’s “crown jewel” and its people. Verini’s vivid account of what he saw in Mosul, “They Will Have to Die Now,” is widely described as a “masterpiece of war journalism… through the eyes of fighters and the families that refused to abandon their homes.”
In partnership with Interabang Books