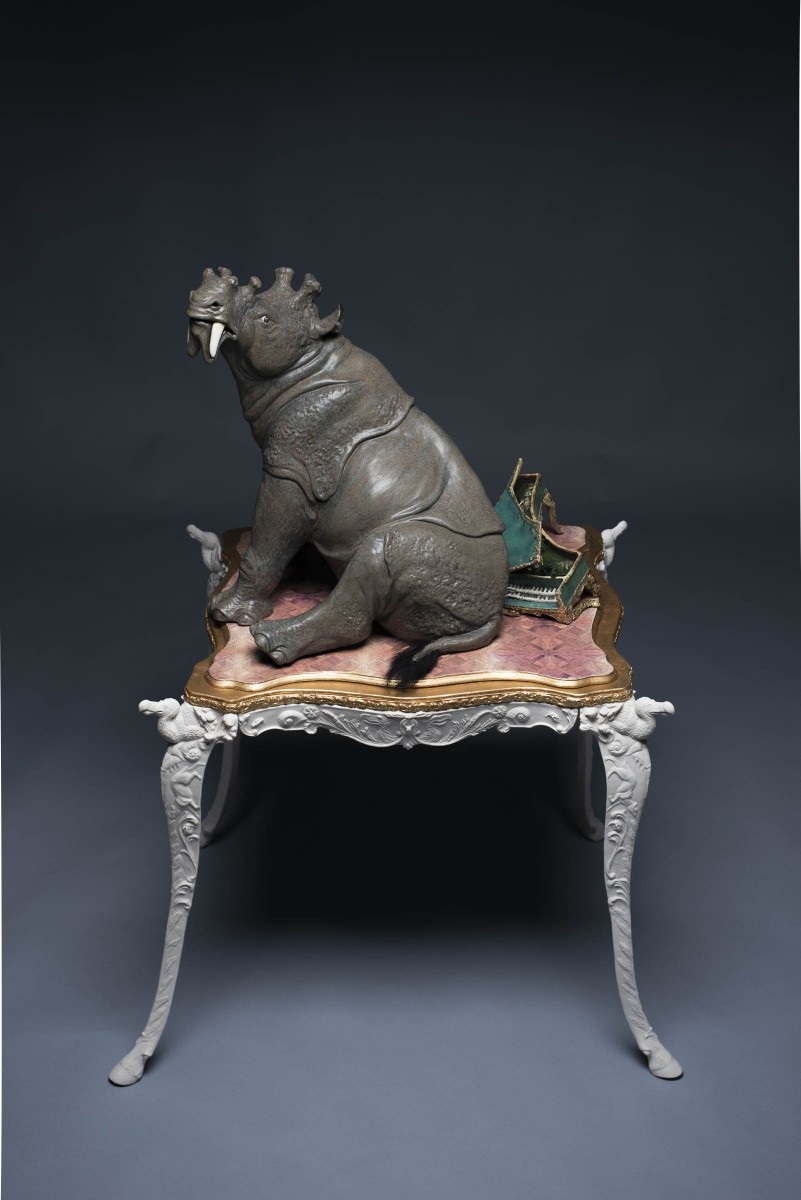 I make sculptures of prehistoric animals that represent the wonder to be found in natural history. I am intrigued by animals that evolved with distinct features, such as unfamiliar tusks, strange elongated limbs, and unusual proportions. I use clay to bring these extinct creatures back to life, sculpting folds of flesh and filling their bellies with air.

The picturesque aesthetic of the eighteenth century refers to a time when our relationship to nature was being expanded by scientific discoveries, yet separated by the disappearance of wild places. Each scene that I create is a fantasy inspiring curiosity about the unknown animal, while nourishing the imagination of the viewer with intricate details. Mysterious giants wander through palatial ruins, discovering the overgrown remains of monuments to human greatness. Moss and vines cover the fossils of civilization, and show the effects of time in their decay.

My work uses reflective nostalgia to present these extinct animals in the context of human history. The unexpected combination of such contrasting timelines questions reality, and rekindles a childlike fascination with the animal world.