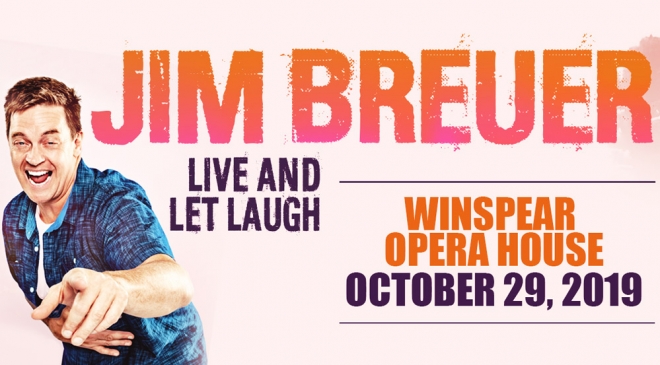 Not long after Jim Breuer did his first official standup gig in Clearwater, Florida, in 1989, industry folks started asking him, "What's your point of view?" "I don't know.." He searched for a meaningful response to a ridiculous question. "To make people laugh?" Jim Breur is hotter than ever, a global touring sensation and regular presence on radio and television whose rabid audience, he's thrilled to note, is filled with "lifetimers." Once folks see him live, they're hooked. Breuer estimates that 78% of his fans have seen him "five, six, seven" times. It's becoming a family thing, with parents even bringing young teens to see the family man and father of three daughters, all providing genius "dad" material for his sets. Having evolved both personally and professionally since the beginning, Breuer's pleased to say he's been F-word free for ten years and counting.