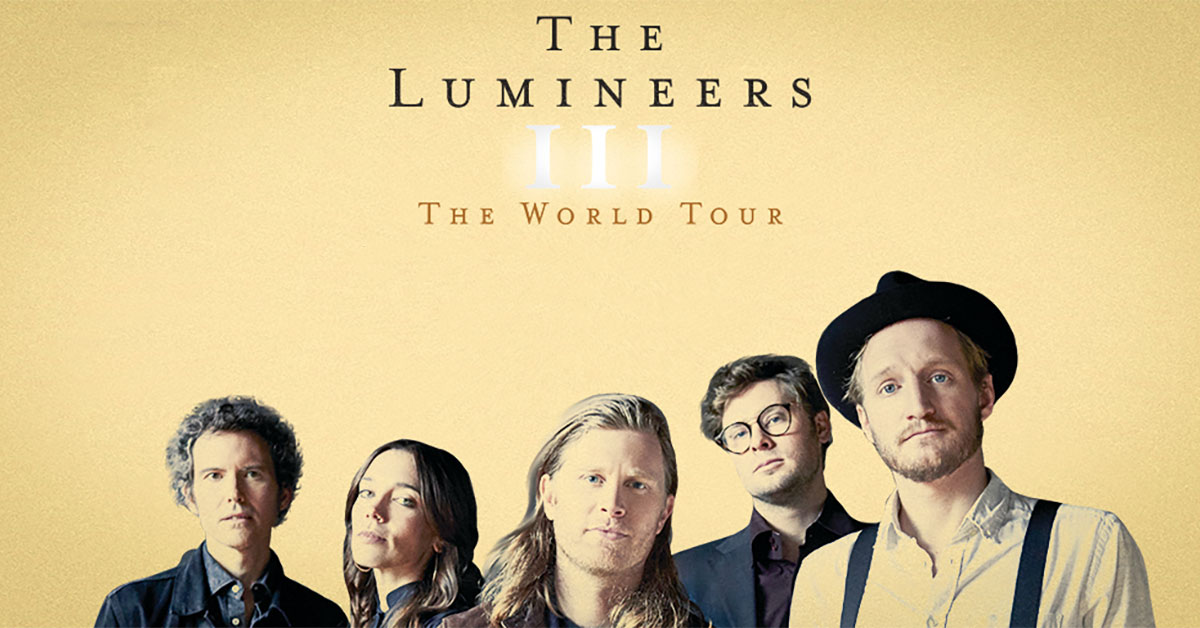 *This show is canceled. If you have questions about your tickets, please contact the venue or point of purchase.

The Lumineers have announced a 2020 headlining North American tour of arenas and amphitheatres. The tour dates are in support of their upcoming album III out September 13 on Dualtone (an Entertainment One Company) in the U.S. and Canada, and on Decca Records for the rest of the world. Mt. Joy, who recently emerged as “a fast and furious 21st century success story” (Magnet), has been added as support for multiple dates.

The Lumineers are playing the grand opening of the new state-of-the-art Mission Ballroom in their hometown, Denver. The show will be streamed live exclusively to The Lumineers’ Fan Club members via The Big Parade App.  Join the Fan Club HERE. The special show starts at 8pm MT on August 7th.

The Lumineers will once again partner with CID Entertainment to offer fans the opportunity to pair a premium concert ticket with merchandise or pre-show access to the III Lounge, with hospitality and entertainment. Packages will be available beginning August 12th at 10am local time. For details, visit cidentertainment.com/events/the-lumineers-tour/

The band has been headlining festivals in the US and Canada, like Bonnaroo, Hangout Festival, and Osheaga, as well as playing worldwide festivals like Glastonbury, Tinderbox, Fuji Rock, and Splendour in the Grass. In the fall the band will play their biggest shows ever in the UK, headlining The O2 Arena London, Manchester Arena, The SSE Hydro Glasgow and dates across Europe including 3Arena Dublin, Le Zenith Paris and Verti Music Hall Berlin. Remaining headline festival appearances this summer are Osheaga, Outside Lands, Bumbershoot and Sea.Hear.Now.

In addition to the tour dates, the band announces that the song "Leader Of The Landslide," will be released tomorrow and a video will be available on Monday, August 5.