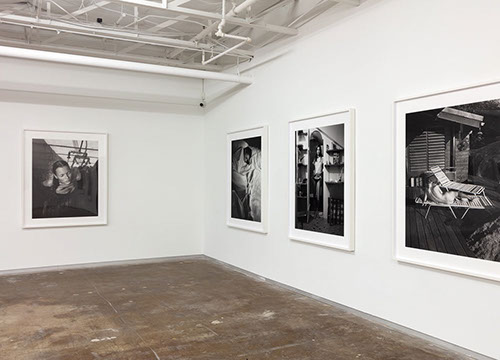 Eponymously titled Kate for the series’ legendary subject, this exhibition marks a critical time in legendary fashion photographer Mario Sorrenti’s creative development by presenting photographs that capture Kate Moss as an ingenue on the brink of her career; these same images later comprised the now-iconic 1993 Calvin Klein Obsession campaign that propelled both Sorrenti and Moss to immense fame and cemented their names as synonymous with the industry itself.

The twenty-two photographs and video content—on view for the first time at Dallas Contemporary—characterize the outset of Sorrenti’s highly-influential career and ongoing cultural influence, which today counts work with magazines such as Harper’s Bazaar, The New York Times, Self Service, W, and many international editions of Vogue, and clients including Hugo Boss, Chanel, Ferragamo, Tom Ford, Calvin Klein, Yves Saint Laurent, and Jil Sander.