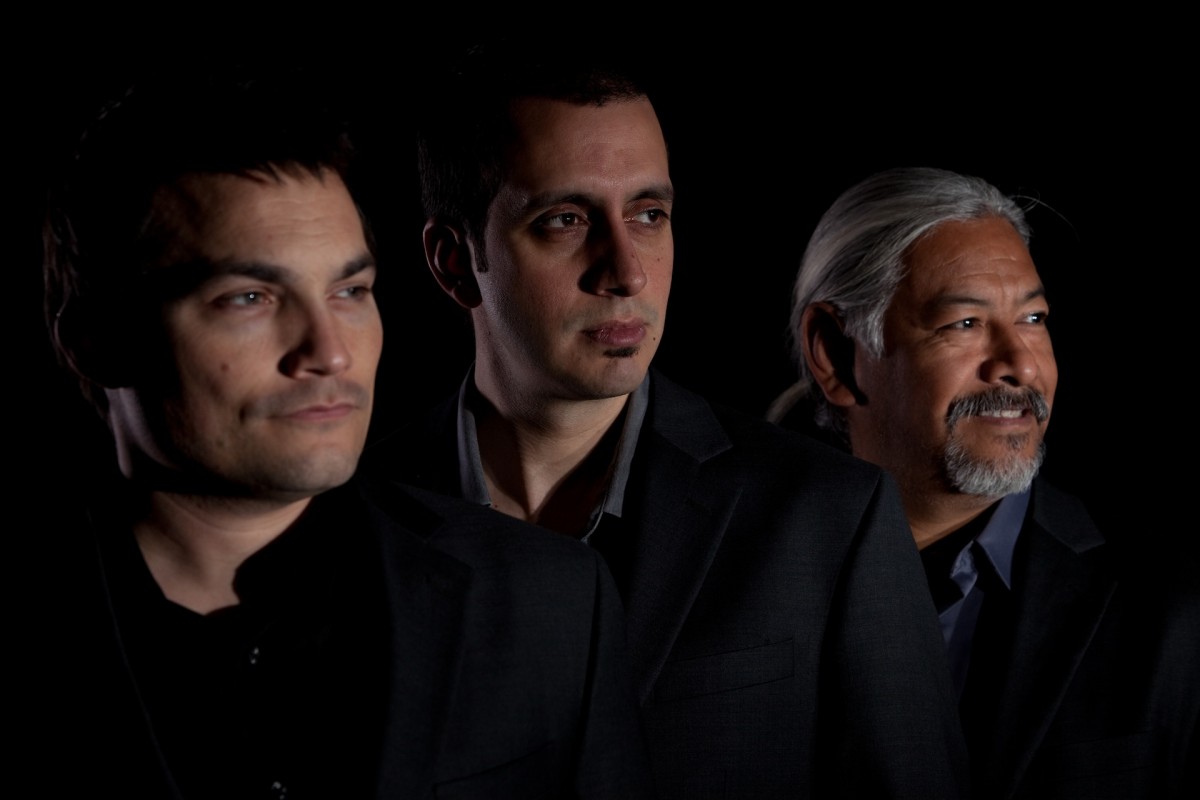 During the 1950s, Latin American music enjoyed an exciting period of heightened creativity. The Bolero garnered enormous popularity, especially those sung in three-voice harmony by the famous trios of Mexico such as Los Panchos.  Combining Spanish melodrama and sentimentality with American jazz and pop, Los Vigilantes is a rare group that sings classic songs in the tradition of the trios of old.

Inspired by his father who had his own trio in the late 50s in South Texas, Trio Los Vigilantes was organized in Austin, Texas, by Isaac Peña. When Isaac met Mexico City expatriate Luis Angel Ibáñez their mutual affinity for the Bolero became the cornerstone of Trio Los Vigilantes. Aware that the Bolero and the tradition of the Trio had faded decades ago, the two were convinced that their shared vision of nostalgia would captivate the current generation.  Both being baritones, they searched for a tenor to complete the group—a high, pure voice to carry the melody. Though not Spanish speaking, John Pointer, the passion of his voice and his command of Italian (and its similarity to Spanish) made him the ideal candidate for Trio Los Vigilantes.

Sponsored by the Allen Public Library, the concert is free.  The library is located at 300 N. Allen Dr.  Call 214-509-4911 for additional information.