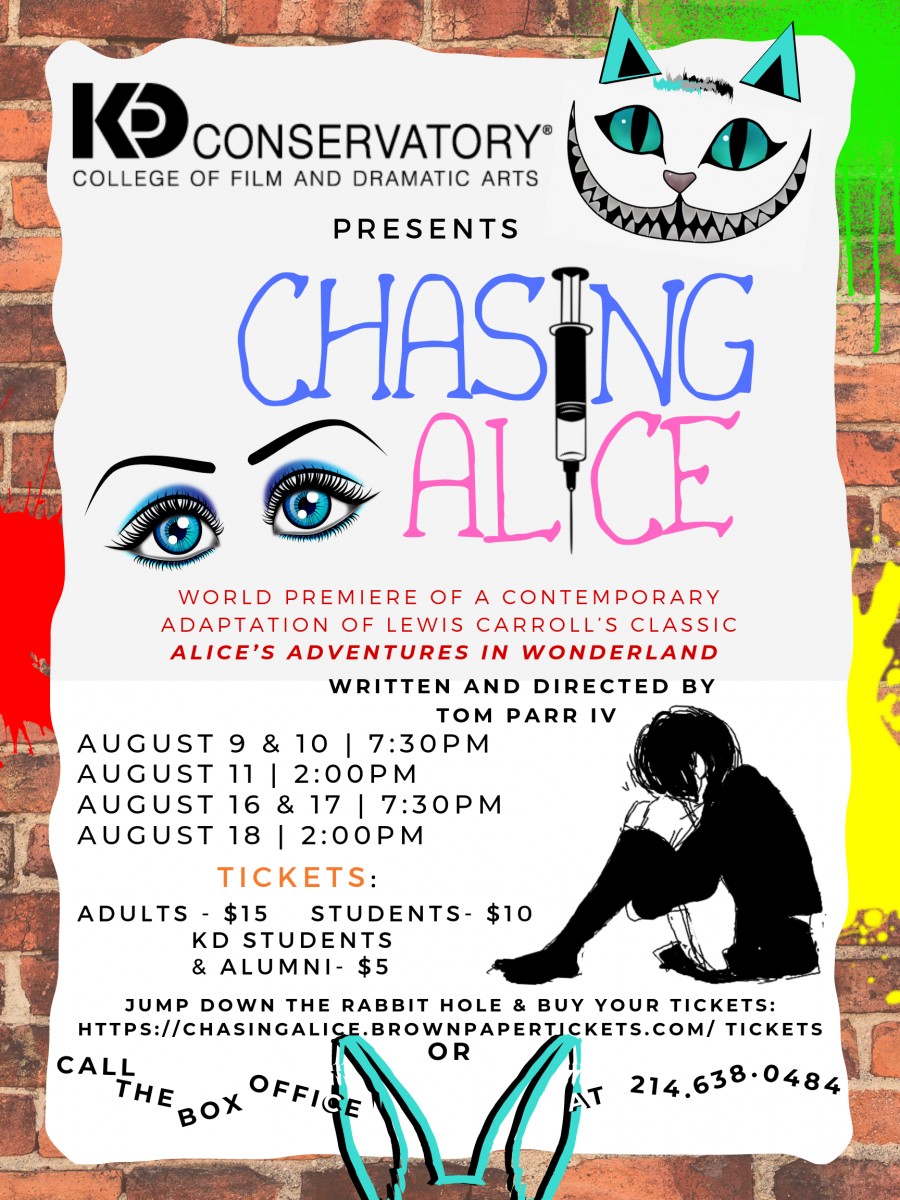 Prepare to jump down a strangely familiar rabbit hole -- or shall we say, back alley -- with the mysteriously whimsical cast of Chasing Alice. This contemporary adaptation of Lewis Carroll's Alice’s Adventures in Wonderland calls upon audiences to step into the shadows they often choose to avoid; take a closer look at situations often deemed none of their business, and lend an ear to those who cry out for help. Follow the character, Carl Lewis, as he desperately searches for Alice in the least likely of places in hopes to reunite her with her family. With contemporary characters, ingenious plot twists, breathtaking effects, and an array of various theatrical styles, this play is a fresh look at one of the most influential works of fiction of the last two hundred years.

“I have always been fascinated with Lewis Carroll’s imagination.  Writers like Carroll,  J.R.R. Tolkein, and George R.R. Martin have this nearly beyond-human ability to generate entire, fantastical universes through their creative gifts. In the theatre, that’s what we attempt to do,  but we are constrained by the dimensional limitations of a theatre space. When developing a play like Chasing Alice, it challenges the director and the actors to create Carroll’s fantastical universe. The ensemble must utilize the entirety of our theatrical skills. It is our responsibility to give justice to his work through movement, voice, design, and imagination.”

“I’ve known Tom since our time as theatre students at Baylor University.  He has been one of my closest friends for nearly twenty-five years. We trained together, started Second Thought Theatre together, and have collaborated on at least twenty shows.  When I read Chasing Alice, I knew what Tom would be able to do with this show.  The play requires the use of several theatrical styles: realism, Brechtian, musical theatre, and Tom’s own artistic stylings. The show is a collage of theatrical mystery and beauty. I cannot wait for audiences to see his work and the work of KD’s students.”