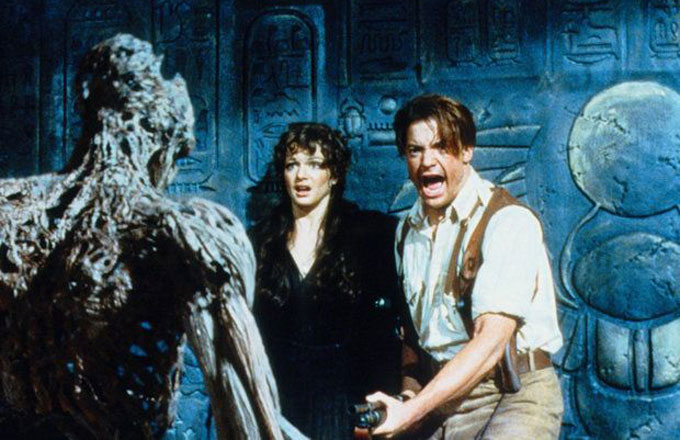 The Mummy - With the Movie Likers Guild

The Movie Likers Guild presents a Live Roast of the 1999 action horror film The Mummy starring Brendan Fraser (pronounced FRAY-zer) and Oscar-winner Rachel Weisz! This movie led to multiple spinoffs and sequels as well as a 2017 reboot. The Movie Likers Guild will be (lovingly) skewering the movie that Rotten Tomatoes proclaimed “Indiana Jones for a new generation.” We’re looking forward to a night of movies and jokes!

About Movie Likers Guild:
The Movie Likers Guild is a group of comedians from across DFW who come together to make fun of movies that they love, while they watch them. The guild is led by your hosts Ryan Goldsberry and Darcy Armstrong. Ryan Goldsberry writes, teaches, performs and directs improv, standup and sketch comedy in Dallas, as well as having performed in the Orange County Improv Festival, the Vancouver Improv Festival, and the Third Coast Improv Festival in Nashville along with many more. Darcy Armstrong currently produces two live shows in Dallas, Character Night and Who-lebrity Game Night; she’s written numerous sketch shows and has bylines at Reductress. Joining them this show will be Guild members: Tab Parker, a performer, director and teacher with 18 years of comedy experience, an alumni of the Second City Conservatory, iO Chicago, The Annoyance, and Four Day Weekend. Nick Scott, a teacher, director and performer with experience in both Dallas and Los Angeles; he is also the co-author of the sci-fi novel “Practical Applications for Multiverse Theory.”