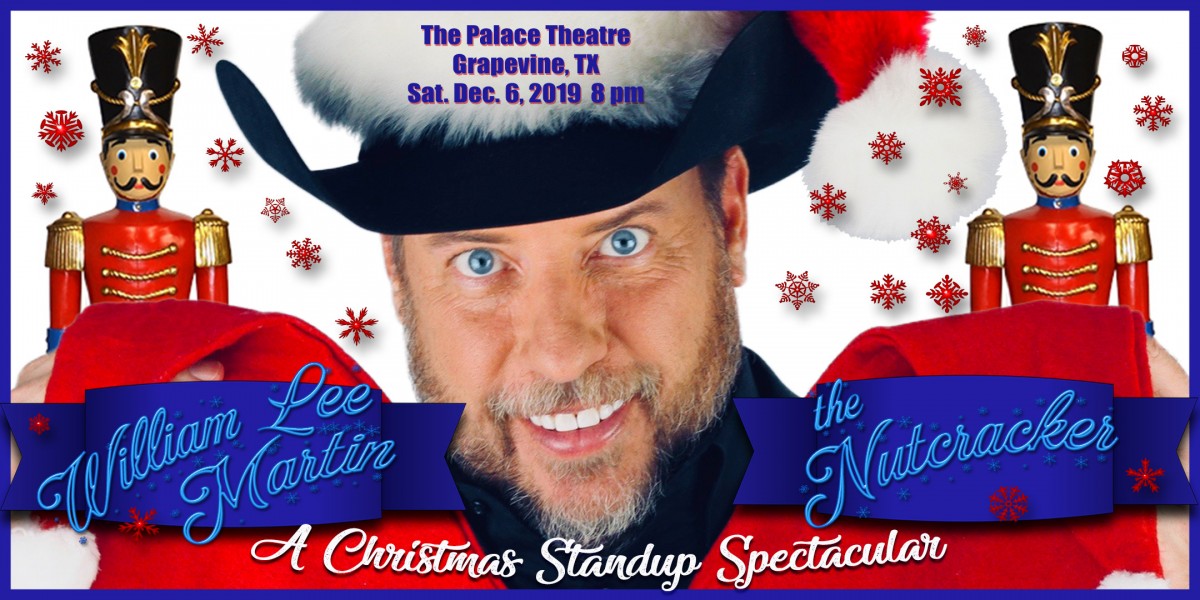 Comedian William Lee Martin brings his Christmas Standup Comedy Spectacular, “The Nutcracker,” to the Palace Theatre on Friday, December 6. It’s adult humor without the adult language. Radio personality JD Ryan said, “Hands down, Martin is one of the best storytellers working in stand-up today. Every line is delivered like a skilled boxer, designed to land a hard punch!” The show is high energy and guaranteed to get you in the Christmas spirit!

Rated as a Carnival cruise line top performer, Martin has millions of fans across the globe. His weekly video blog, “Living in the Middle Report” on Facebook has garnered millions of views, and he recently had a one-hour TV special on CMT and Amazon Prime, “Let the Laughter Roll.” Additionally, Martin is starring in a new TV/Webisode series called "Island Hoppers" and has two one-hour specials being released this year. He has also toured with legendary country artists such as George Strait, Brad Paisley, the late, great George Jones and on all of the Blue Collar Tours. Martin will be headlining in Las Vegas for the eighth year in a row at MGM Grand during the National Finals Rodeo this December.

The Blue Mound, Texas native and father of five is the original Texas Cowboy Comedian and has traveled the world doing stand-up for the last 23 years. Martin and his wife, Michele, also run a non-profit 501©(3) charity, Cowboys Who Care Foundation, which provides free cowboy and cowgirl hats to kids with cancer and other life-threatening illnesses. To date, they have given out over 8,500 new Resistol hats from coast-to-coast