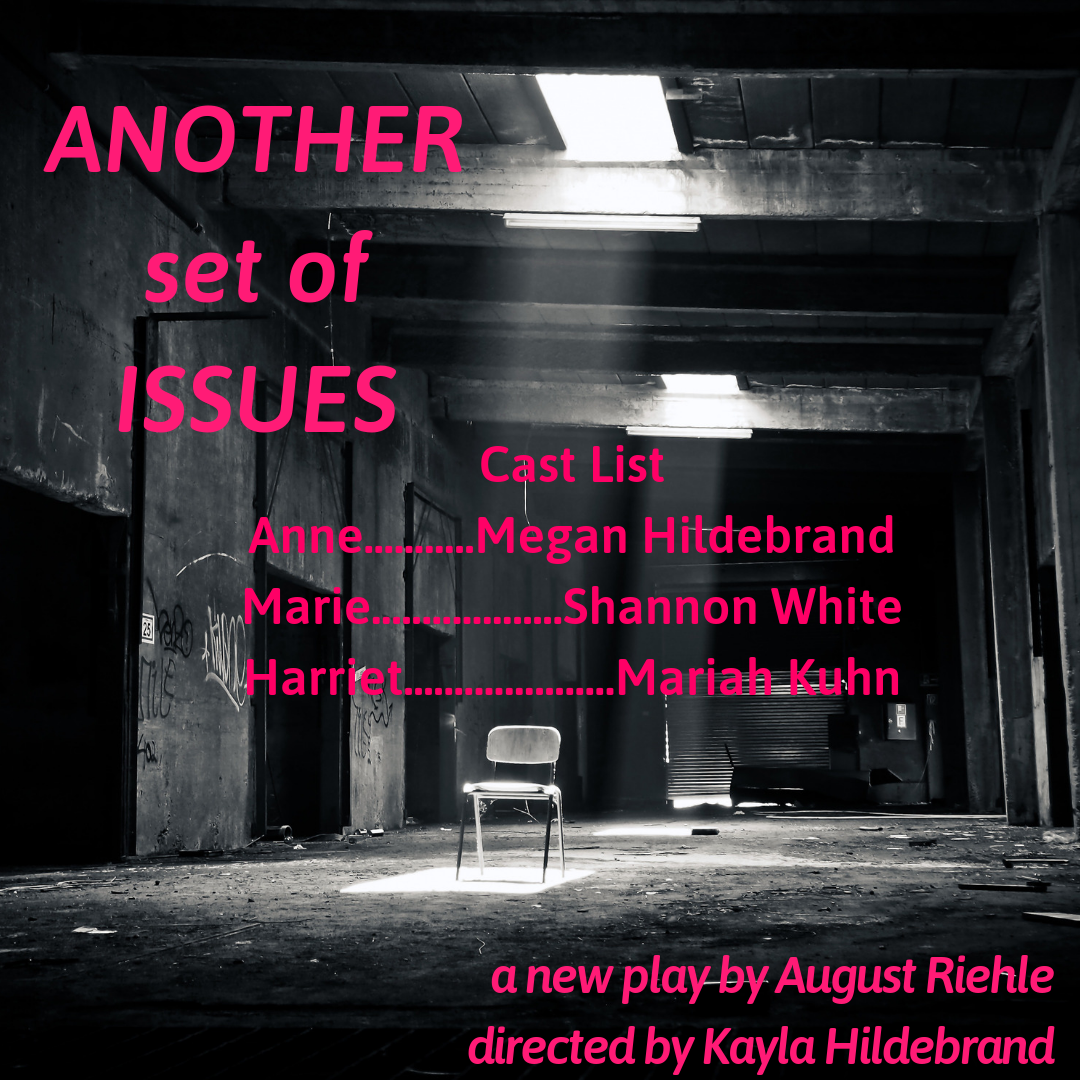 Another Set of Issues, a new play

“Inspired by the common film premise of mismatched criminals on a routine job gone wrong, August Riehle brings that same energy to the stage with an original twist.”

Another Set of Issues is a comedic thriller by Repertory Company Member August Riehle* featuring an all-female cast and Luckenbooth Theatre's Director of New Play Development, Kayla Hildebrand*, leading the story's staging. Megan Hildebrand* (Anne, an assassin), Shannon White (Marie, the rookie) and Mariah Dawn Kuhn (Harriet, their hostage) breathe life into these very complex characters and were encouraged to have substantial input on their development through the experimental devised production process. (*Denotes a Luckenbooth Repertory Company Member.)
Another Set of Issues will perform at Luckenbooth’s black box studio space located in the Fort Worth Design District July 26 - 28 and August 2 - 4, with a special Industry Night performance on July 25th. Tickets may be purchased online or in-person at the box office an hour prior to curtain.

WARNING: THERE WILL BE SEVERAL GUNSHOTS & PROP GUNS USED IN THIS PRODUCTION.