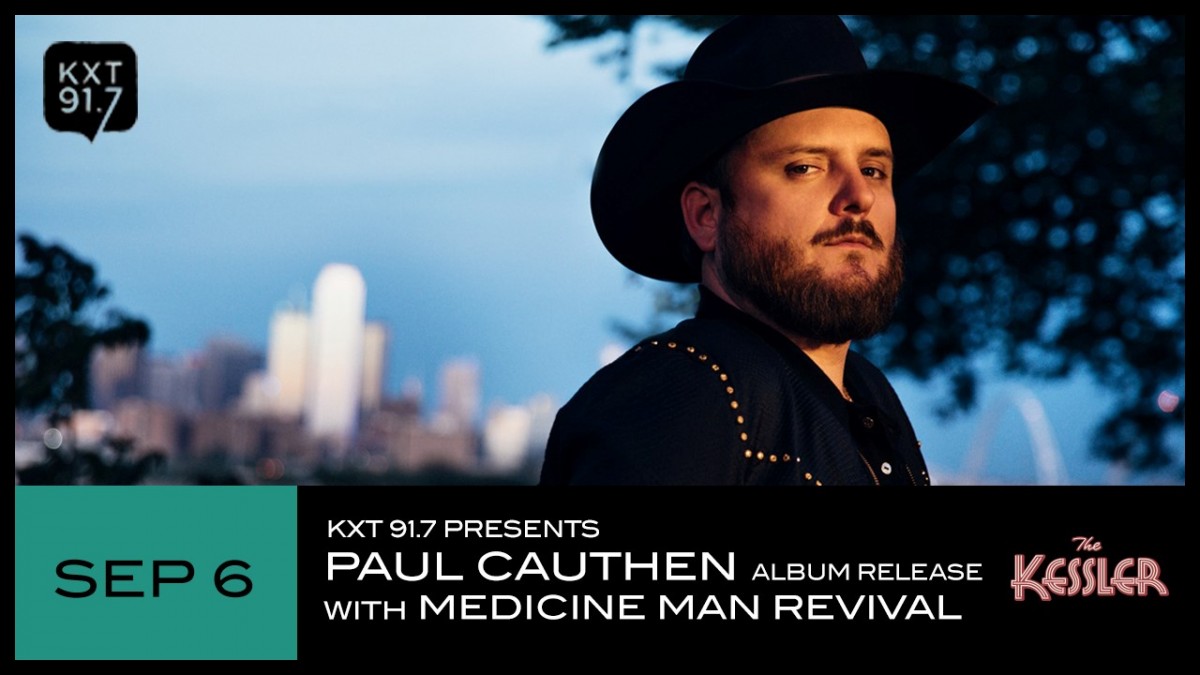 Written during a roughly two-year stint spent living out of a suitcase in Dallas’ Belmont Hotel, Room 41 chronicles Paul Cauthen’s white-knuckle journey to the brink and back, a harrowing experience that landed him in and out of the hospital as he careened between ecstasy and misery more times than he could count. Cauthen has long been a pusher of boundaries (musical and otherwise), and Room 41 is no exception, with electrifying performances that blend old-school country and gritty soul with 70’s funk and stirring gospel. His lyrics take on biblical proportions here as they tackle lust and envy, pride and despair, destruction and redemption, but these songs are no parables: Cauthen lived every single line of this record, and he’s survived to tell the tale.

“I’ve always been the kind of artist that can’t write something unless I feel it and I mean it.” says Cauthen, “This record is as real as it gets for me. I am these songs.” Cauthen credits his survival in no small part to his collaborators on the album, a wide range of writers, musicians, and producers who rallied around him and believed in his work enough to help him see it through. The production credits alone read like a who’s who of modern Texas music, including Niles City Sound (Leon Bridges, Nicole Atkins), Matt Pence (Jason Isbell, Nikki Lane), and Beau Bedford and Jason Burt, Cauthen’s longtime creative foils at Dallas’ Modern Electric studio. The mix of producers and recording environments helped Cauthen walk the line between retro and modern, with bold, adventurous arrangements informed by country tradition but completely untethered from its strictures.

A larger-than-life Texas troubadour nicknamed Big Velvet for his impossibly smooth, baritone voice, Cauthen first earned national attention with the acclaimed roots rock band Sons of Fathers, but it wasn’t until the 2016 release of his solo debut, My Gospel, that he truly tapped into the full depth of his prodigious talents. Vice Noisey dubbed it “a somber reminder of how lucky we are to be alive,” while Texas Monthly raved that Cauthen “sound[s] like the Highwaymen all rolled into one: he’s got Willie’s phrasing, Johnny’s haggard quiver, Kristofferson’s knack for storytelling, and Waylon’s baritone.” The album landed on a slew of Best Of lists at the year’s end and earned festival appearances from Austin City Limits and Pickathon to Stagecoach and Tumbleweed along with dates opening for Elle King, Margo Price, Midland, Cody Jinks, Social Distortion and more. He followed it up two years later with Have Mercy, an album that prompted Rolling Stone to dub him “one of the most fascinating, and eccentric, new voices in country music” and NPR’s Ann Powers to proclaim 2019 as “the year of Paul Cauthen.”

KXT 91.7 Presents Paul Cauthen at The Kessler Theater on September 6 for the album release show of Room 41, with Medicine Man Revival. Theater doors open at 7pm, show starts at 8pm.