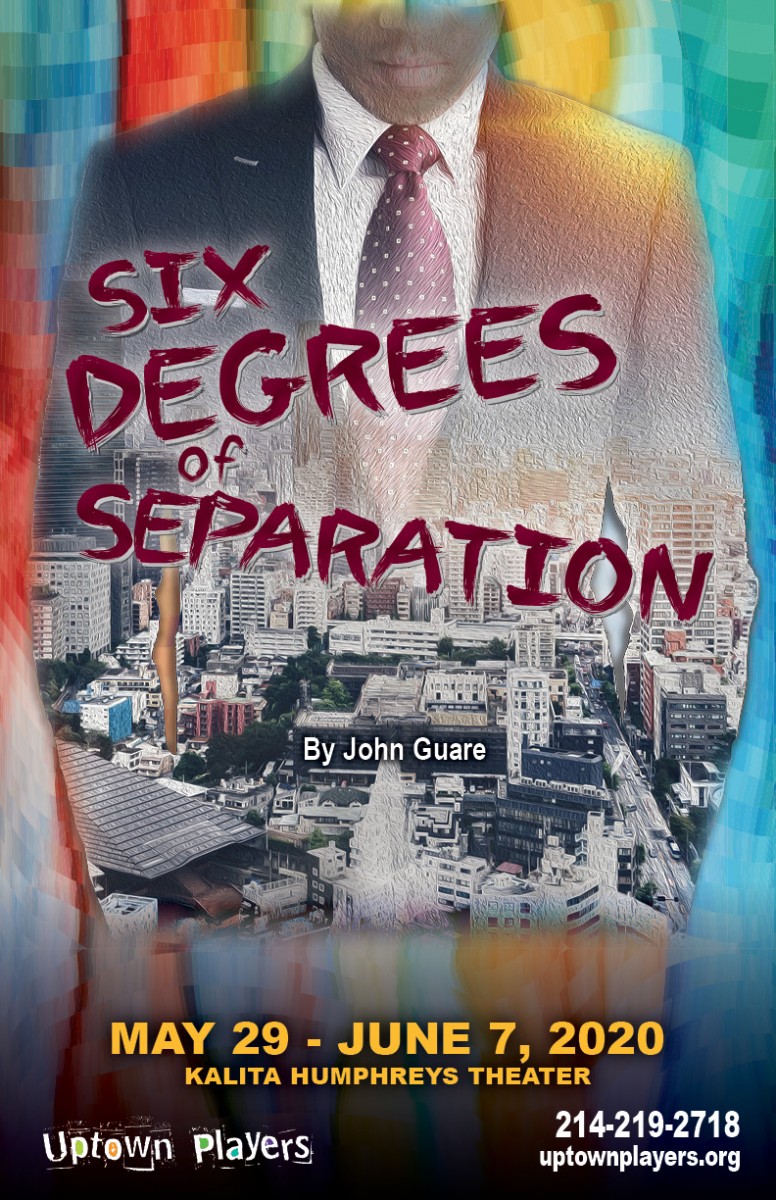 Uptown Players continues its 2019-2020 season with the 2017 Tony Award nominee for Best Revival of a Play, Six Degrees of Separation, written by John Guare. Inspired by a true story, the play follows the trail of Paul, a young con man, who insinuates himself into the lives of a wealthy New York couple, claiming he knows their son at college. Paul tells them he is the son of actor Sidney Poitier, and that he has just been mugged and all his money is gone. After they discover him in bed with a young male hustler from the streets, the picture begins to change. One of the greatest American plays of our time, Guare’s script examines the threads of chance that link one person to another. Six Degrees of Separation is a splendidly funny, often disquieting, exploration of the way human beings define themselves and classify each other. Winner of the 1993 Olivier Award for Best Play and the New York Drama Critics Circle Award.