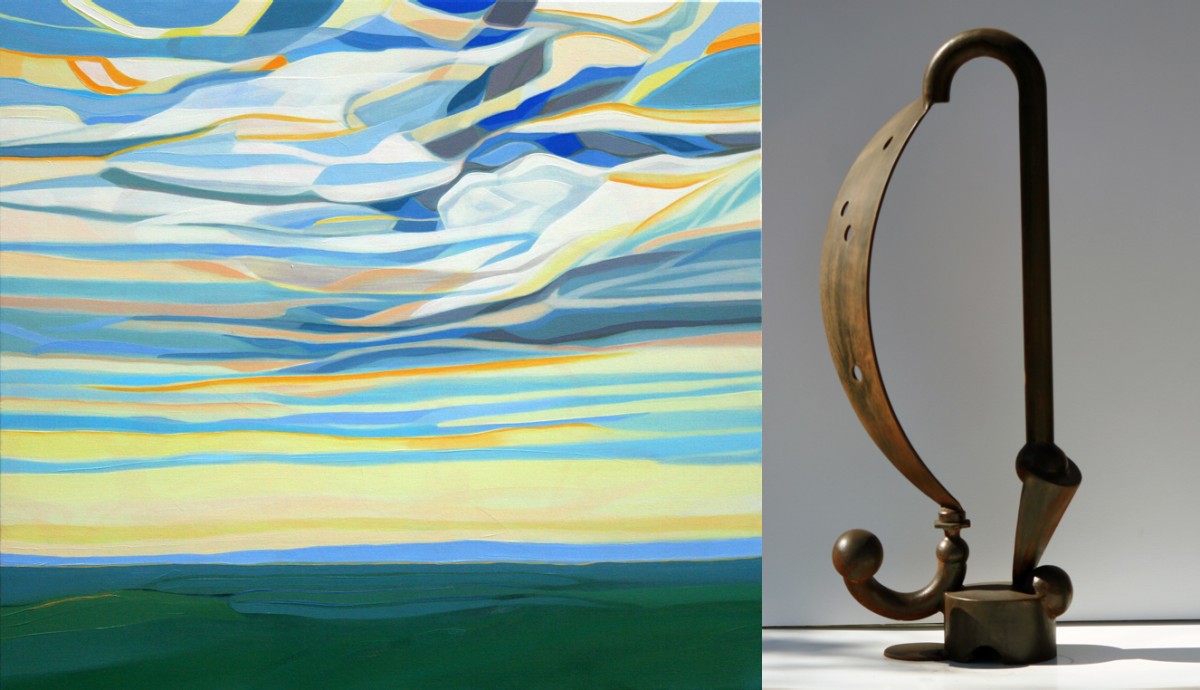 The Expanse Between: Alexis Serio and Dewane Hughes

The Expanse Between:
Alexis Serio and Dewane Hughes
July 06 - July 21
reception July 20 // 5-8 pm
Alexis Serio received her MFA in painting from The University of Pennsylvania in 2000 and her BFA in painting from Syracuse University in 1998.  Serio lives and paints on 15 wooded acres south of Troup, Texas and is Professor of Painting at The University of Texas at Tyler where she has taught since 2004.  Serio is an award-winning painter and has shown her work alongside artists such as Andy Warhol and Richard Diebenkorn (“Philadelphia Collects: Works on Paper” Delaware Center for Contemporary Arts, Wilmington, DE).  Selected accomplishments include being a finalist for the prestigious Hunting Art Prize (Houston, Texas), completing an International Artist Residency at The Gullkistan International Residency for Creative People (Laugvartn, Iceland), and participating in an international group exhibition at the Tokyo Metropolitan Art Museum (Tokyo, Japan).   Serio has an extensive national exhibition record and is currently represented by The Drawing Room (Cos Cob, Connecticut) and Edgewater Gallery (Middlebury, Vermont).

Dewane Hughes was born and raised in a rural community in Iowa.  He received his bachelor’s degree in art from Buena Vista College in 1992 and then moved on to Bozeman Montana, via Wichita Kansas, where he completed his MFA in sculpture and was recognized by the ISC as one of the top 25 student sculptors in 1996.  Since then Hughes has held positions at the University of Iowa, Graceland University, Missouri Southern State University, and currently is the CAS Distinguished Professor of Sculpture at The University of Texas at Tyler.  He resides and has a studio south of Troup Texas with his wife Alexis and children, Frankie and Edie, and their five dogs.