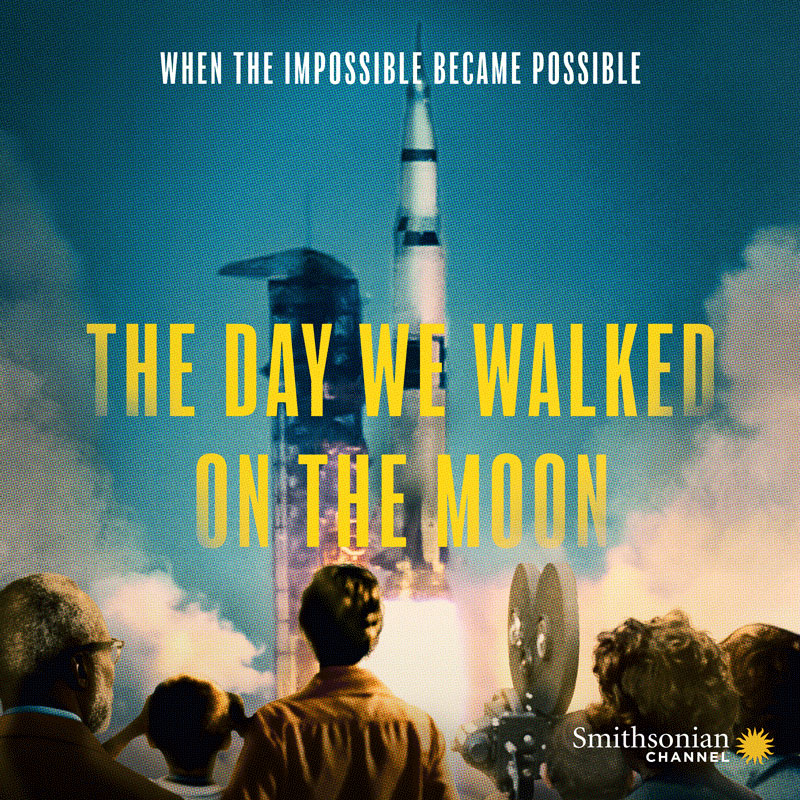 The Frontiers of Flight Museum, along with 50 Smithsonian Institution-affiliated museums across the country, will be among the first to screen the new documentary “The Day We Walked on the Moon” on the 50th anniversary of the Moon landing.  The film will be shown in the Museum’s Hamilton Family Auditorium at 2:15 p.m. to 3:45 p.m., presented by the Smithsonian Channel.

Half a century after humanity’s historic first step on the Moon, this special documentary screening is one of many activities that the Museum will host at its 10th Anniversary Moon Day celebration, 6911 Lemmon Ave., sponsored by Beal Bank from 10 a.m. to 4:00 p.m.  Visit: Frontiers of Flight Museum Moon Day 2019.

Astronauts (including Michael Collins, the third member of the Apollo 11 mission), members of Mission Control (including Flight Director Gene Kranz, Capsule Communicator Charles Duke and Guidance Officer Steve Bales) and the children of Neil Armstrong and Buzz Aldrin reveal their personal stories behind the scenes of the iconic day.

Pop culture notables like Queen guitarist and doctor of astrophysics Brian May and television personality and professor of physics Brian Cox describe where they were and what they felt during that “One Small Step.” It’s a story that ranges from the deeply personal to the grand and historic, an in-depth look at one of the most important 24-hour periods in history. “The Day We Walked on the Moon” will continue to air on Smithsonian Channel throughout the month and is available to stream on the Smithsonian Channel app and at SmithsonianChannel.com. Smithsonian Channel is available on all major television distributors.

The Frontiers of Flight Museum’s Moon Day celebration is the biggest annual space exposition in Texas.  The event, which includes the screening of “The Day We Walked on the Moon,” is free with Museum admission ($7-$10; Museum members and children under 3 are free).  Through the Blue Star Museums program, admission is free for active duty military and their families.

Moon Day is a community-wide family-fun event that attracts more than 1,500 attendees.  Visitors will enjoy a full day of activities featuring space-related displays from three dozen exhibitors. The first 250 kids through the door will receive a “Lunar Sample Bag” full of space-related posters, magazines, trading cards, and other items.

Moon Day was created in 2009 by the Frontiers of Flight Museum and the National Space Society of North Texas as an annual event to celebrate space exploration on or near the anniversary of the first Moon landing. The festival is a science, technology, engineering and math (STEM) focused space-themed public event, which continues to attract participants across North Texas and beyond.