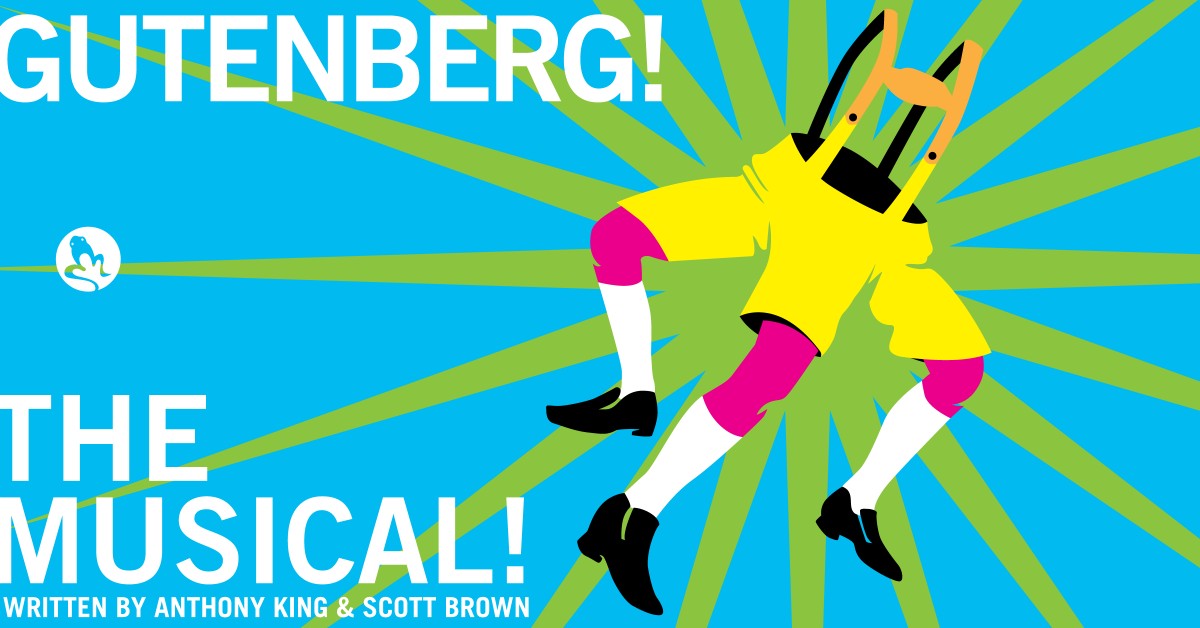 Gutenberg! The Musical! is going to propel these two into the canon of great American musical writing teams. George and Ira, Rogers and Hammerstein, Bud and Doug.

That’s if the staged reading of their genius new musical touches the hearts and hopes of the Broadway producers in the audience. One accompanist, a ton of trucker hats, and an unlimited amount of enthusiasm are the tools the committed duo will use to convince anyone watching to join them in seeing their dream come true, a Broadway contract. Will you be a part of the dream?

“Move over Hamilton. There’s another important historical figure to sing about and he’s not throwing away his shot…or his printing press.” – Bud Davenport and Doug Simon

“From start to finish, the ridiculously goofy Gutenberg! has a random-orbit wobble that feels exactly like an improv sketch gone rogue. Anything might happen in this show about showbiz and about two dreamers who’d like to quit their day jobs and get in the game…Gutenberg! The Musical! is a night of ditzy, dippy fun...and right now, that seems like just the ticket.” Theater Jones