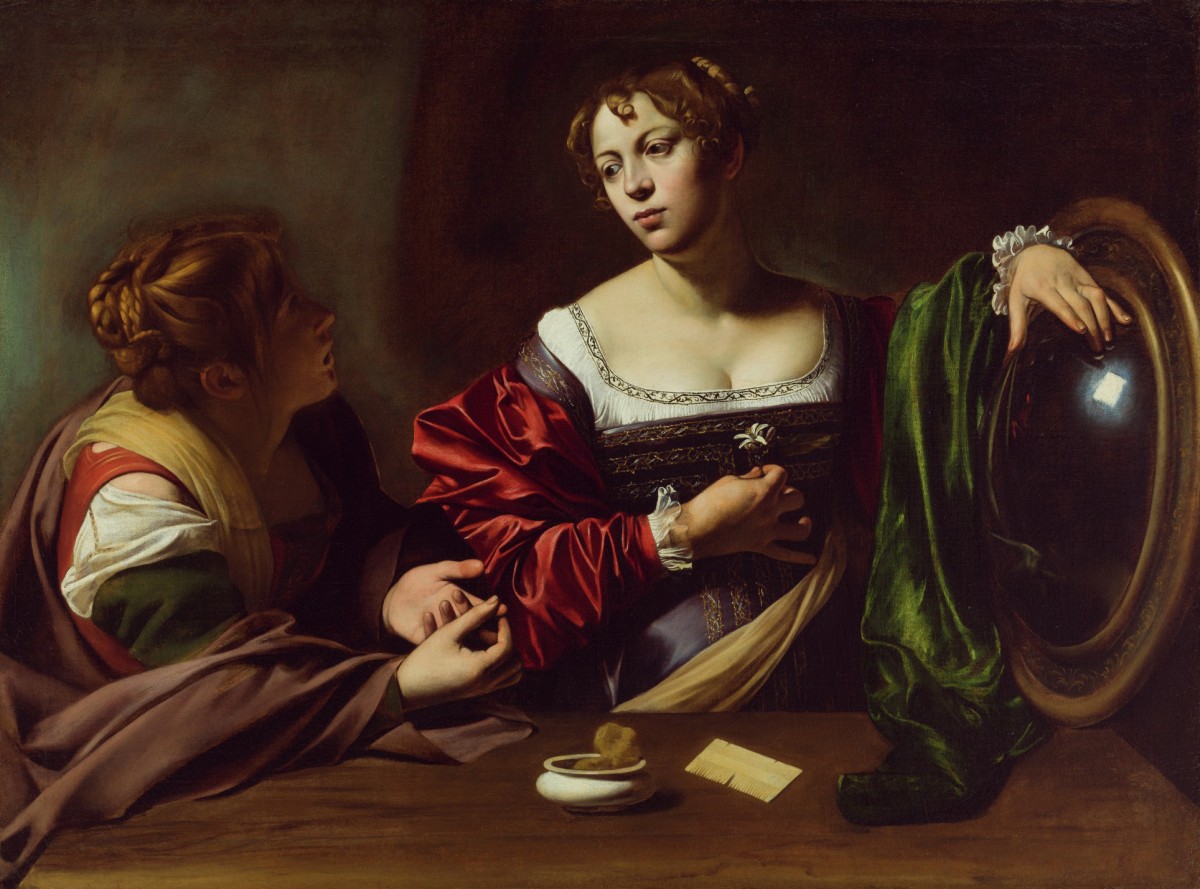 Michelangelo Merisi da Caravaggio (1571–1610) was one of the most influential figures in the history of European art. Active in Italy between 1592 and 1610, he revolutionized painting and laid the foundation for 17th-century Baroque painting through his theatrical compositions and gritty realism observed from life.
Martha and Mary Magdalene (c. 1598), on loan from the Detroit Institute of Arts, is a masterpiece from Caravaggio’s early career in Rome. The painting depicts Mary Magdalene, considered by the Catholic Church at the time to be a prostitute, experiencing a spiritual awakening as her sister Martha counts on her fingers the reasons she should convert. Caravaggio conveys the moment of Mary’s conversion—a challenging subject—through his treatment of light, which casts a divine glow on the reformed sinner.

Fewer than 10 paintings by Caravaggio are housed in the US, in the collections of six museums, making this a rare opportunity to see an extraordinary work by one of the most celebrated Old Master painters.