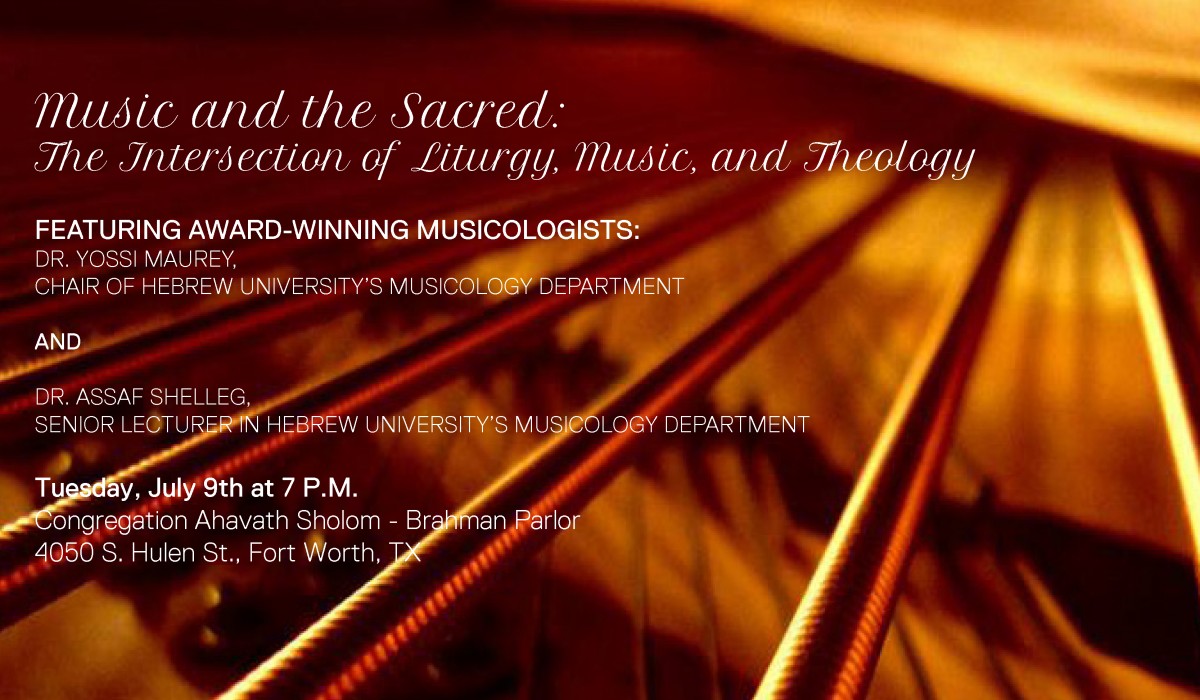 Music and the Sacred: The Intersection of Liturgy, Music and Theology

Assaf Shelleg is a Senior Lecturer of musicology at The Hebrew University of Jerusalem.He was previously a visiting professor at the University of Virginia and Washington University in St. Louis. Shelleg specializes in Jewish and Israeli art musics. His book, Jewish Contiguities and the Soundtrack of Israeli History (2014 Oxford University Press), won the 2015 Engle Prize for the Study of Hebrew Music and the 2016 Jordan Schnitzer Book Award of the Association for Jewish Studies.