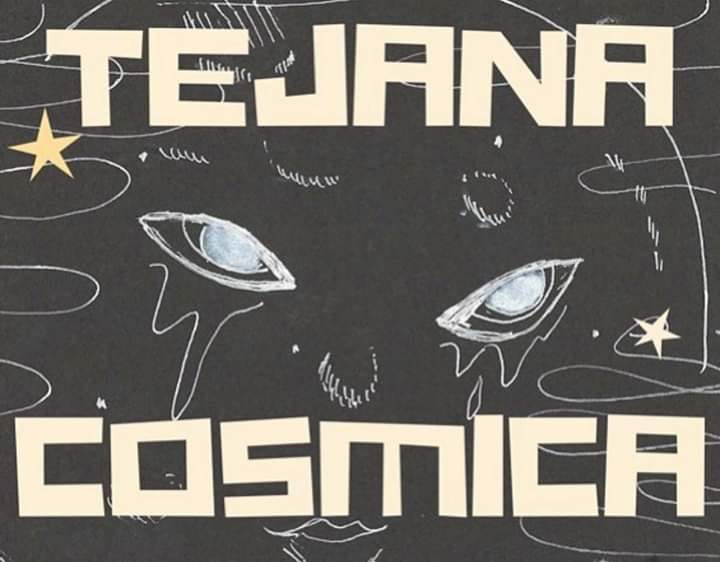 Tejana Cosmica
This is the beginning of an experimental performance with Latina poets from the Dallas area. We are trying our hands at interweaving our stories in poetic form to learn more about ourselves, each other and the ground on which we stand. In doing so we hope to present a more rich and realized version of the varied Tejana experience.

Tamitha Curiel is a writer, actor and educator. Her work has appeared in the White Rock Zine Machine, Inverse/Looped, Mad Swirl, Decolonize Dallas and she is currently co-hosting Pleasant Groove, a poetry open mic with her husband, Chris Curiel and Priscilla Rice. She performs spoken word with Chris in the experimental band, Swirve, programs for Love Lifts the Load, and is an IB Film and TOK Instructor, and occasional instructor for The Writer’s Garret. She is in post-production for two short, experimental films, Weren’t We and Dreamgirl and is in the pre-production stage for a short documentary about the neighborhood where she grew up, Pleasant Grove, Dallas.

Opalina Salas- Opalina Salas is a poet, a former Oak Cliff bookstore owner, an editor of the femme lit zine, Let It Bleed, and creator and host of Poets on X+ reading series held in her beloved home of Oak Cliff, TX. She is a regular contributor to The Mad Swirl and was a featured performer at The Texas Beat Poetry Festival 2012, Forest Fest in Lamesa, TX in 2011, and a participant in the first annual New Orleans Poetry Fest of 2016. Her Poem was featured in CITY OF ____________: DISPATCHES FROM 16 DALLAS POETS, she has been a performer for OPP: Other People’s Poetry, and has featured at Pandora ’s Box and Arte y Pan Dulce a PoC Art Show. She is a host and co-conspirator for ATTACK OF THE POETS, an annual multi-day festival—hosting poets from around the US, bridging the gaps between various literary communities far and wide. She has been writing and performing in and around the DFW area for 20 years with her comrade, partner and fellow poet, Carlos Salas, and got her start at the legendary Club Clearview Dallas Poetry Slam.

Under the alias of Cocoatlicue (co-kwat-lee-kwei), Amy Zapien explores the relationships of time travel, catharsis, magic, and personal narrative to healing. She experiments with visual and performing arts, rituals, soundscapes, installations, lighting, and illustration to excavate the ways in which stories are shared. Coco’s artistic process is inspired by her B.A in Anthropology from UNT, rooting her poetry and performance in ethnographic documentation. She is currently collaborating with the Espinas Collective, and in the past has displayed work at The Houston Lawndale Art Center, The Oak Cliff Cultural Center, and Casa De Locos. You can find her on Instagram, in both the spirit and physical world, or in Pleasant Grove with her dog June. She is also hoping to release (within the year) a chapbook of selected poems and a mini-comic book series dedicated to the existential dread of cubicle life.

Originally, from Crystal City, Texas, Priscilla Rice is a Dallas-based poet, storyteller and actor. Some of the shows she has performed in include: "Crystal City 1969," "The House on Mango Street", "Milagritos", "The Dreamers Part 1: A Bloodline," “Real Women Have Curves," "Zoot Suit," "Where Earth Meets the Sky"" and "Yana Wana's Legend of the Bluebonnet." Priscilla studied Broadcast Journalism at The University of Texas at Austin, and was a television and radio journalist prior to pursuing her passion for the performing arts. She co-founded "Verse & Rhythm" with B. Randall and Rafael Tamayo, and is currently involved in several projects in her Pleasant Grove neighborhood, including "Voices of Pleasant Grove," a free Summer Program for teens, and "Pleasant Groove," an open mic founded by Tamitha Curiel.