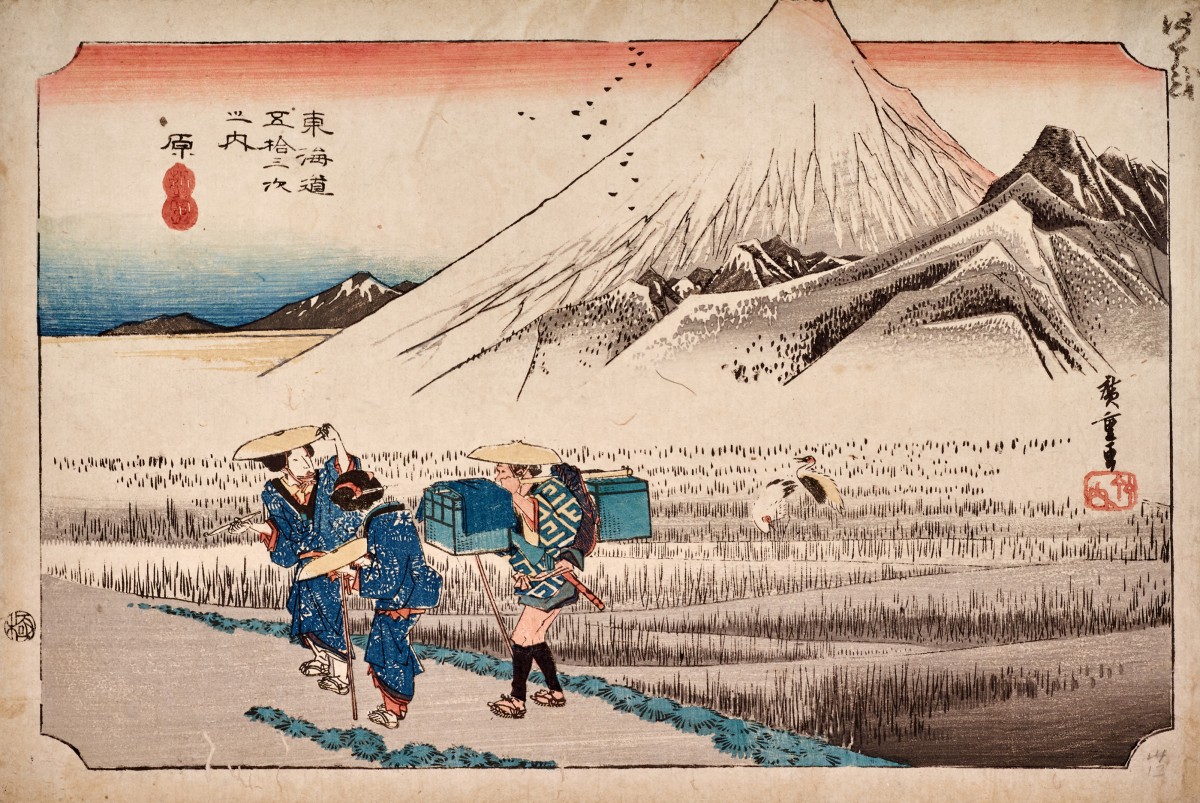 The Fifty-Three Stations of the Tōkaidō

Japanese artist Utagawa Hiroshige (1797-1858) was one of the great masters of the Japanese landscape woodblock print. In 1833, he produced a suite of prints that followed the imperial road called the Tōkaidō, which ran from Edo (modern Tokyo) to the emperor’s palace in Kyoto. The road was originally developed for the ruling shogun, based in Edo, to bring offerings to the emperor. The government set up 53 stations along the Tōkaidō as stopping points for travelers. By Hiroshige’s time, the road was a popular scenic route, marked by many temples, shrines, shops, and inns, which he made famous through his prints.
The Fifty-Three Stations of the Tōkaidō (1834), in the DMA’s collection, is comprised of 55 prints, one of each of the stations plus two for the beginning and end points. The scenes are a blend of the grandeur of a noble feudal lord's (daimyō) lifestyle, realistic images of daily life and ordinary people like merchants or workers, and a refined depiction of nature, which was very important to the Japanese. Hiroshige was familiar with European painting and often introduced perspective into his prints, although the ultimate effect of his scenes is the distinct linear character of his designs. Inexpensive in their day, these prints served as travel souvenirs or as enticements to would-be travelers.

The complete series—once owned by architect Frank Lloyd Wright and gifted to the Museum by Mr. and Mrs. Stanley Marcus in 1984—is on view at the DMA for the first time in more than 30 years.