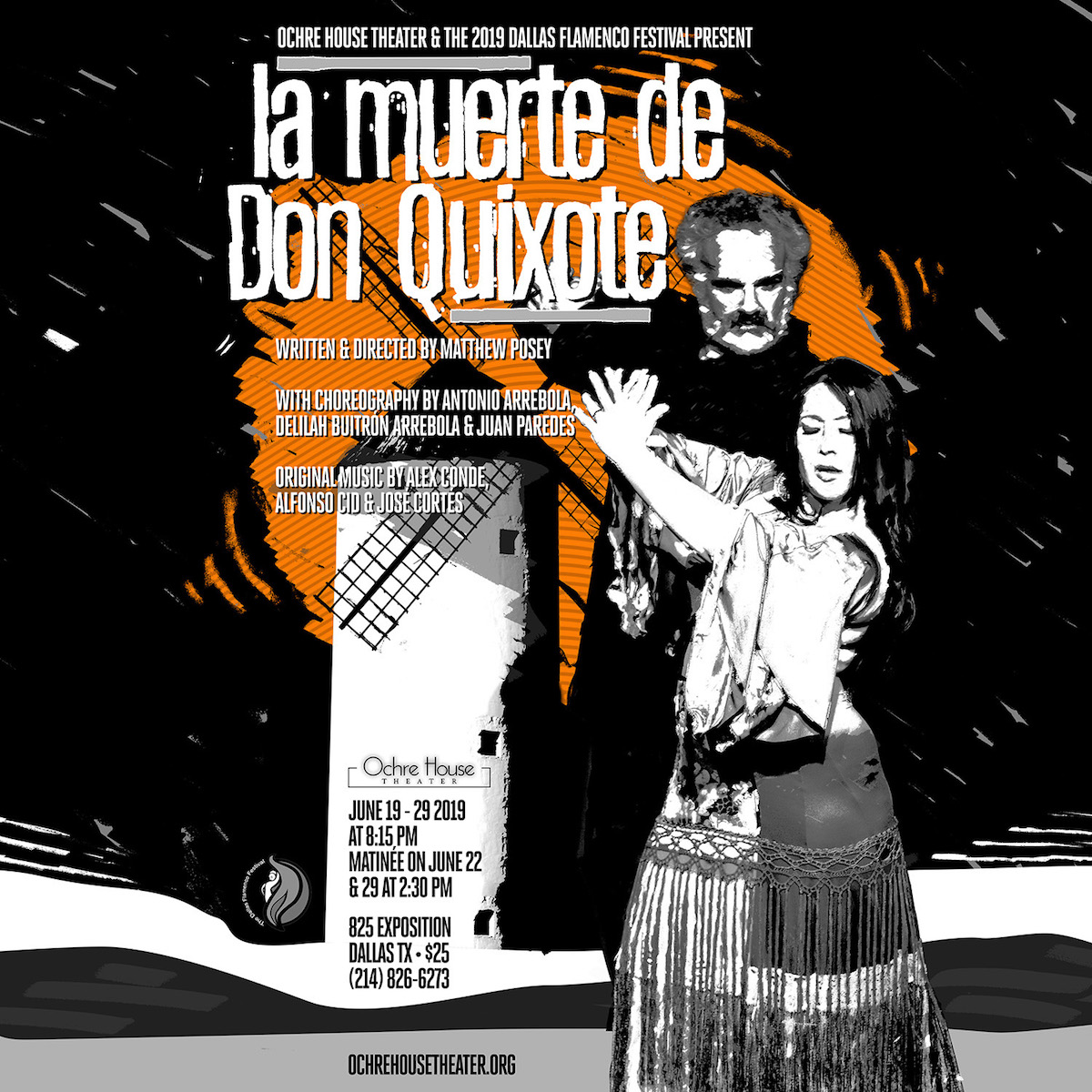 LA MUERTE DE DON QUIXOTE imagines the last day of Don Quixote and explores the human condition of love, loss, success, and failure in the face of his greatest giant, Death. This collaboration features the magnificent flamenco artists Antonio Arrebola (Bailaor) as Don Quixote and Delilah Buitrón Arrebola (Bailaora) as Dulcinea, as well as the incomparable flamenco musicians Alex Conde (Composer and Pianist), José Cortés Fernandéz (Cantaor) and Alfonso Cid (Cantaor and Flutist) to create a magical night of theatre and a celebration of the world’s most iconic Knight Errant in literature. As Don Quixote says in LA MUERTE DE DON QUIXOTE,  “The world is a cruel place, and who shall stand up for broken families, the weak, the defenseless, and the voiceless, if not myself.”