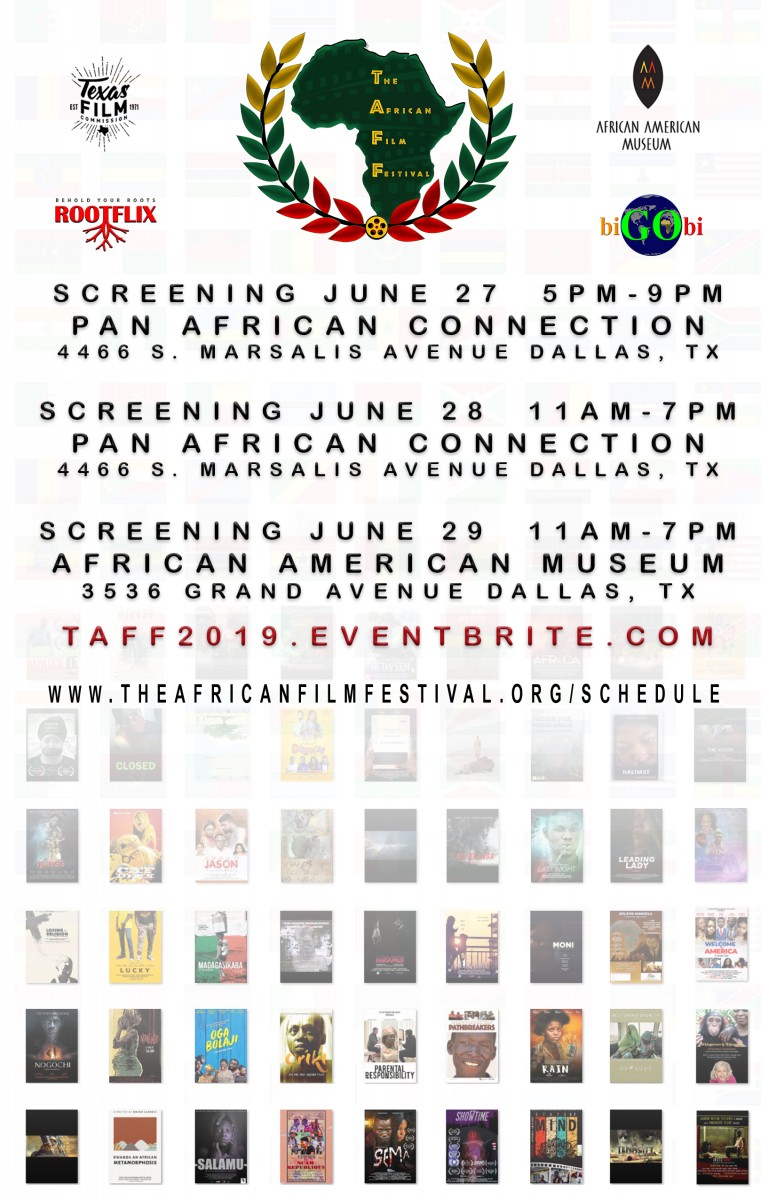 The African Film Festival (TAFF), a 501(c)(3) non-profit organization created to support the Africa Independent Film Community launches for the fourth (4th) year in a row in Dallas, Texas its annual film exhibition. The African Film Festival (TAFF) will showcase one of a kind African independent films that either promote African culture; address issues affecting Africa; or explore African landmarks and historic leaders. This annual festival strives to “Bridge cultures through films” by inviting a diverse audience, to include other film industries to celebrate some of the best films about the African continent.

The 4-day festival will kick off on June 27 through June 03, with film screenings, acting workshops, symposium, and an Awards Gala night.

Festival attendees will be treated to an exploration of the African continent through the global lens and voices of talented filmmakers, producers and talent artist. The festival will prominently feature African creatives and will also be an opportunity to spotlight other filmmakers’ take on African cultures and experiences. Therefore, providing a rich and varied experience for attendees.

On Friday, June 29th and June 30th, The African Film Festival (TAFF) will showcase unique African Independent film screenings on (June 29th) Pan African Connection Bookstore and (June 30th) the African American Museum in Fair Park.  There will be over 50 films showcasing the artistry efforts of great African independent filmmakers and others. Films shown will include those that promote African culture, address issues affecting Africa, about historic African leaders and African landmarks. Screenings will be followed by Q&A session with viewers, filmmakers, actors, directors and producers.             Time: 11 a.m. – 7 p.m.

On Sunday, June 30th, The African Film Festival (TAFF) concludes with a grand finale hosted at Moody Performance Hall in Dallas Arts District.  Patrons will participate in a stunning red-carpet Awards Gala ceremony to include presentation of film selection awards and screen clips, along with cultural entertainment.  Time: 6 pm

This June 2019 celebrate the freedom and creativity of Africa by supporting the independent filmmakers highlighted at this year’s African Film Festival!