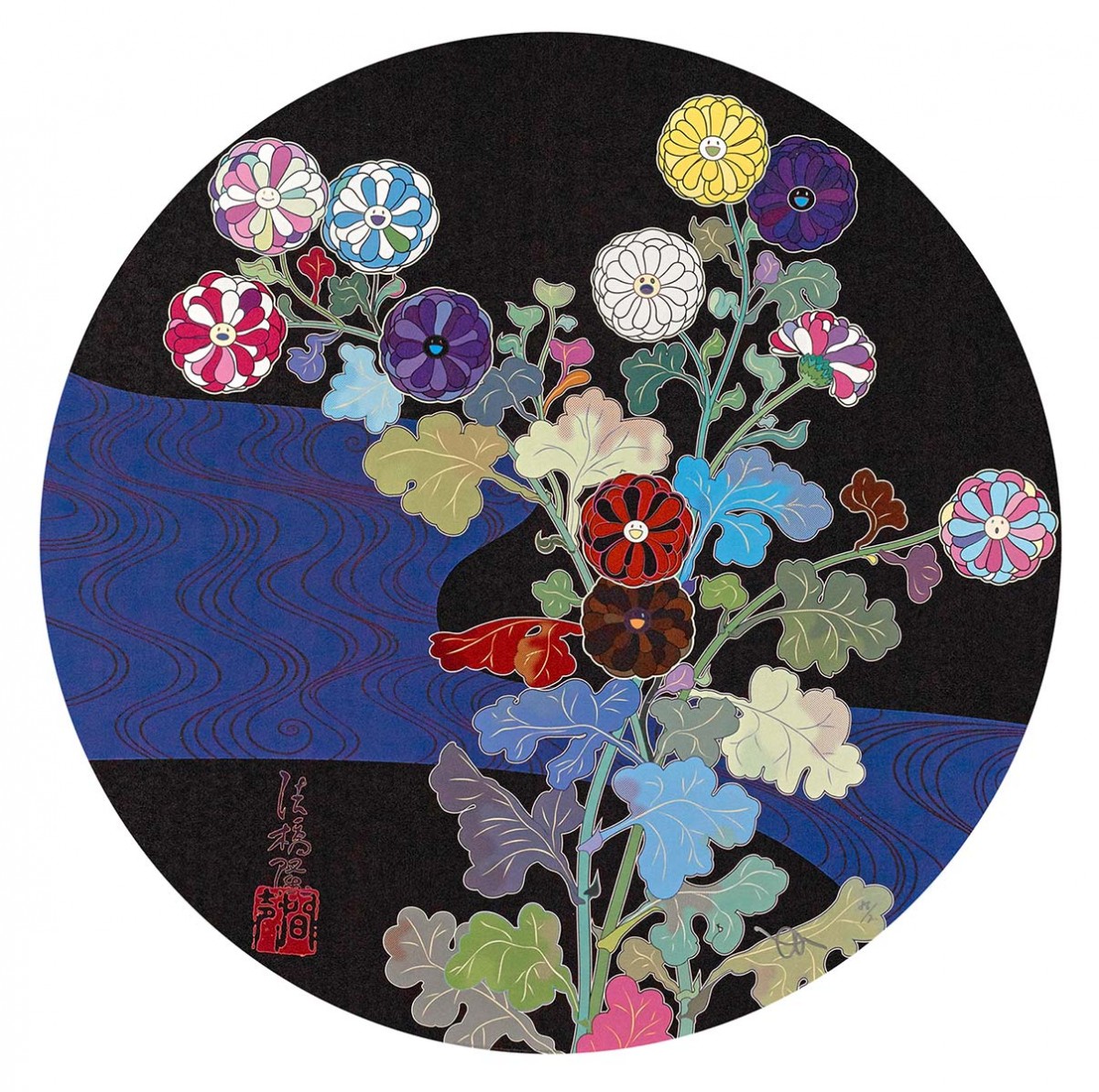 Live event opens with a gallery reception on Saturday, June 22th from 6–8 PM, featuring the iconic themes from the 2018 blockbuster retrospective at the Modern Art Museum of Fort Worth.

Takashi Murakami, known to many around the world as Japan’s Andy Warhol, ensures that each of his magnificent works of art reflects his craft and insightful engagement with popular culture, folklore and pop art style, all mixed with traditional Japanese culture. One of today's most imaginative artists, Murakami is universally recognized for both his fine art and commercial output - including collaborations with hip-hop stars Kanye West and Pharrell Williams, as well as designs for the fashion and beauty industry with Louis Vuitton, Issey Miyake, and Shu Uemura.

Murakami, born and raised in Tokyo, Japan, was influenced by animated films (anime), comic books (manga), and global branding, and creates and adapts his recognizable characters into a style that he has dubbed “Superflat”-a tribute to the two-dimension style of classic Japanese cartoons. The theory posits that there is a legacy of flat, two-dimensional imagery from Japanese Art history in manga and anime.

"I am not a political artist; my target is children, I found my market, my sweet spot, Okay, this is my zone – for the kids"-, Takashi Murakami.

Takashi Murakami attended the Tokyo University of Arts where he acquired the drafting skills necessary to become an animator but eventually majored in Nihonga, the 'traditional style of Japanese painting that incorporates conventional artistic conventions, techniques, and subjects. In 1994, Murakami received a fellowship from the Asian Cultural Council and spent a year in the PS1 International Studio Program in New York City. During his stay, he was exposed to and highly inspired by Western contemporary artists and the art movement of Simulationism, which engages in a play of relationships between cells, icons and the increasing geometricization of the social space in the world in which we live.

“Murakami’s works are extraordinarily vivid, intricate, and masterfully crafted.  One of my personal favorites, Korin: the time of celebration, features long stem flowers in the foreground that are cold pressed onto the background.  The work pops because each leaf and flower is rich both in color and detail, and infused with an emoji-like expressive face at the center of every flower.  The image’s background is a complex weave of brilliant sections overlapping like torn pieces of paper.  One section is bright gold...look closely, and you can see tiny cartoon skulls, a Murakami signature; another consists of designs that look like underwater kelp. The gestalt of the entire work forces the eye to gently move between each section, forever soothing your soul with color". Don Keenan, Gallery Director