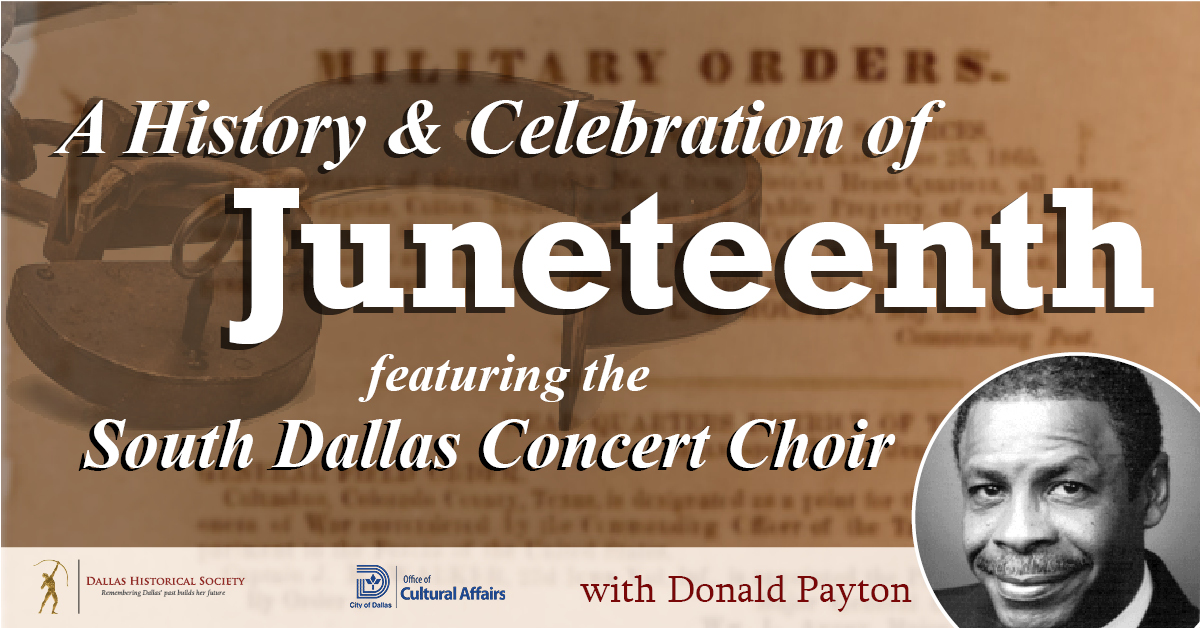 An Evening With! A History and Celebration of Juneteenth with Donald Payton and The South Dallas Concert Choir

Juneteenth is the oldest known celebration commemorating the ending of slavery in the United States.  On June 19, 1865, Union soldier Major General Gordon Granger arrived at Galveston, Texas, to take command of the state and proceeded to issue five Military Orders, including General Order Number 3, which declared that all slaves were now free. This occurred two and a half years after Lincoln’s Emancipation Proclamation, which had little impact on Texas due to the number of Union troops to enforce the order.

Granger’s news declaring the institution of slavery dead in the state set off joyous demonstrations by freedmen and originated the annual "Juneteenth" celebration.

Dallas Historical Society has the only known original example of the General Order Number 3. The document will be on display at Hall of State June 17-23.

Donald Payton is president of the African American Genealogy Interest Group, which is a branch of the Dallas Genealogical Society.  Mr. Payton has spent more than 35 years tracing family histories and doing historical workshops across America. He is a former Dallas County Historical Commissioner who served on a special state committee to make June 19th an official Texas state holiday.

FREE to attend. Reservations are not required but requested. An Evening With! and Dallas Historical Society are supported in part by the City of Dallas Office of Cultural Affairs.