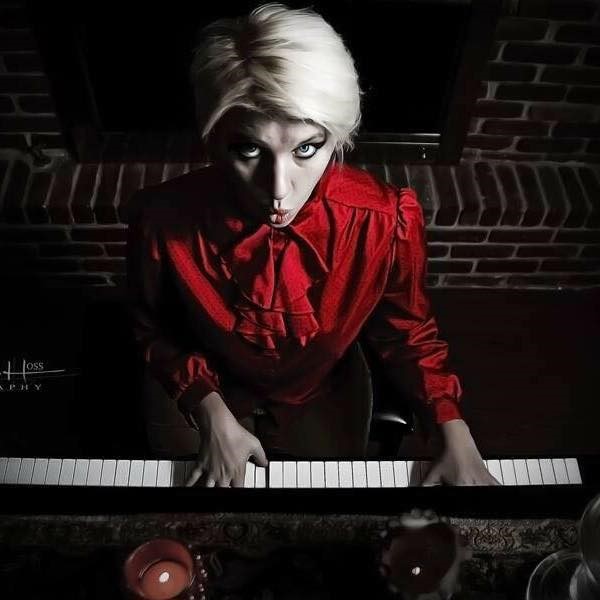 Poppy Xander is a composer, keyboardist, and chamber rock band leader/vocalist from Dallas, Texas. Over the last several years, she has performed her own compositions extensively in North Texas, Chicago, California, Virginia, and Mexico and at notable events including ARTOPIA, Deep Ellum Arts Festival, and Steampunk November.

In 2015, Poppy Xander released her first full band EP, “Little Ghosts” which followed her solo debut “Snake in the Grass” (2014). Xander’s compositions and songs are heavily influenced by classical giants like Beethoven, Chopin, and Debussy whom she studied from the age of seven until she received her Bachelor in Music from the University of North Texas. The songs on both albums use a variety of genres from classical themes to crowd-pleasing polkas, rock, and Rhodes powered waltzes.

Xander’s live shows are filled with storytelling and theatrical energy that conveys the wild range of characters in her songs that inspire the imagination and empathy of her listeners. Xander also performs as a featured musician with a variety of acts including magicians, burlesque dancers, folk, pop, and rock groups. In 2016, Xander has released a music video for her single, “Sonny” and continues to compose, tour, and collaborate.