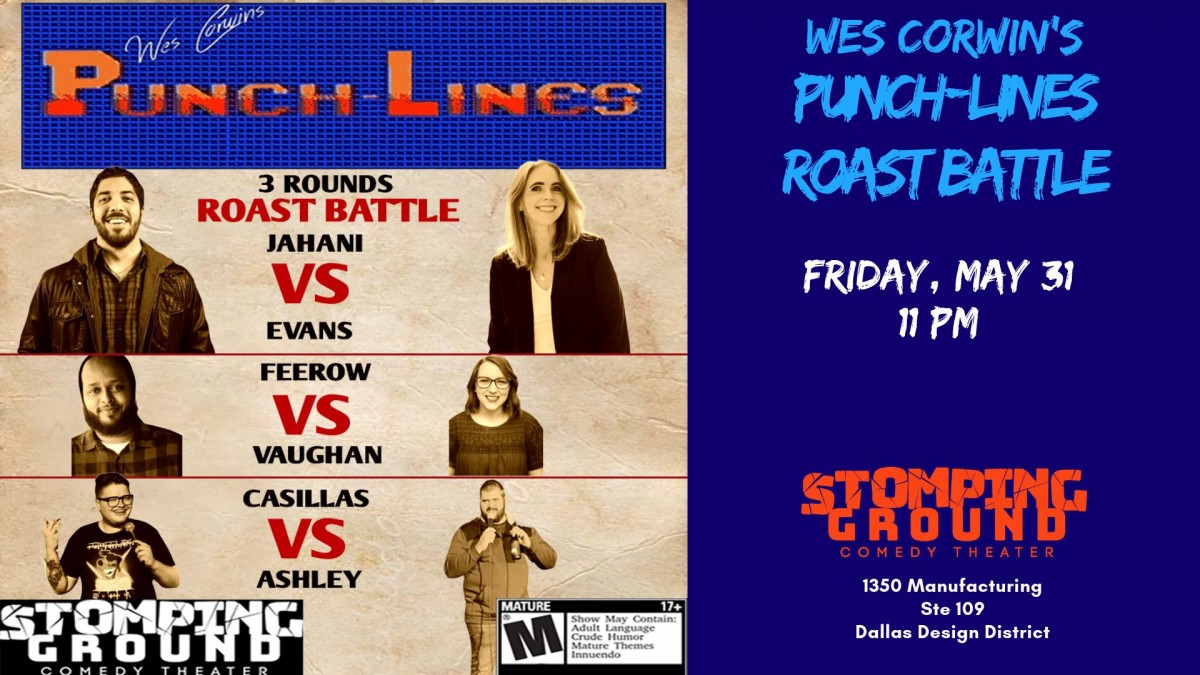 Roast Battle- the thinking man's UFC. Three matches a night. In each match, Two titans of comedy in the Dallas-Fort Worth metroplex will take turns roasting each other into cinders. Only one will walk away the winner. The other will be roasted into cinders… (metaphorically). Complete with pre-battle video packages, a judges' table and a ringbell, Punch-Lines takes all the fun of a live event like pro wrestling or ultimate fighting and it turns it into a hilariously harsh comedy war! The rules of Punch-Lines are simple. We start with a coinflip. The person whose name comes first alphabetically gets to call it. The winner of the coin toss gets to decide whether to first “Roast” or “Be roasted”. Each match-up consists of three rounds. The comic who wins two out of the three rounds gets bragging rights in perpetuity forever.