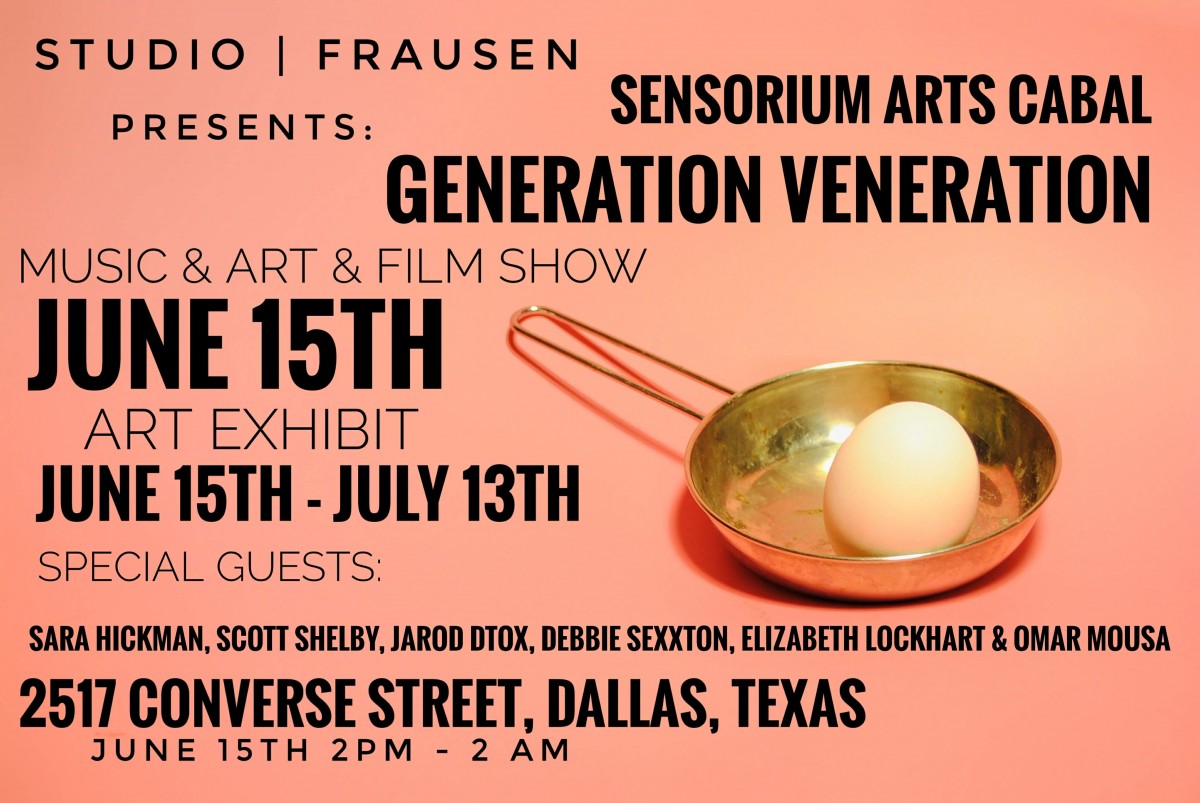 Sensorium Arts Cabal is making our grand debut at Studio | Frausun with our event Generation Verneration starting on June 15th with a show featuring live music, immersive art, masterful food and a series of debut films. After June 15, Studio | Frausun will be open for the next 4 weeks with our gallery on display to be bought and sold, admired and simply appreciated.

It’s Not The Oak Cliff Film Festival. At Least, Not As You Know It.