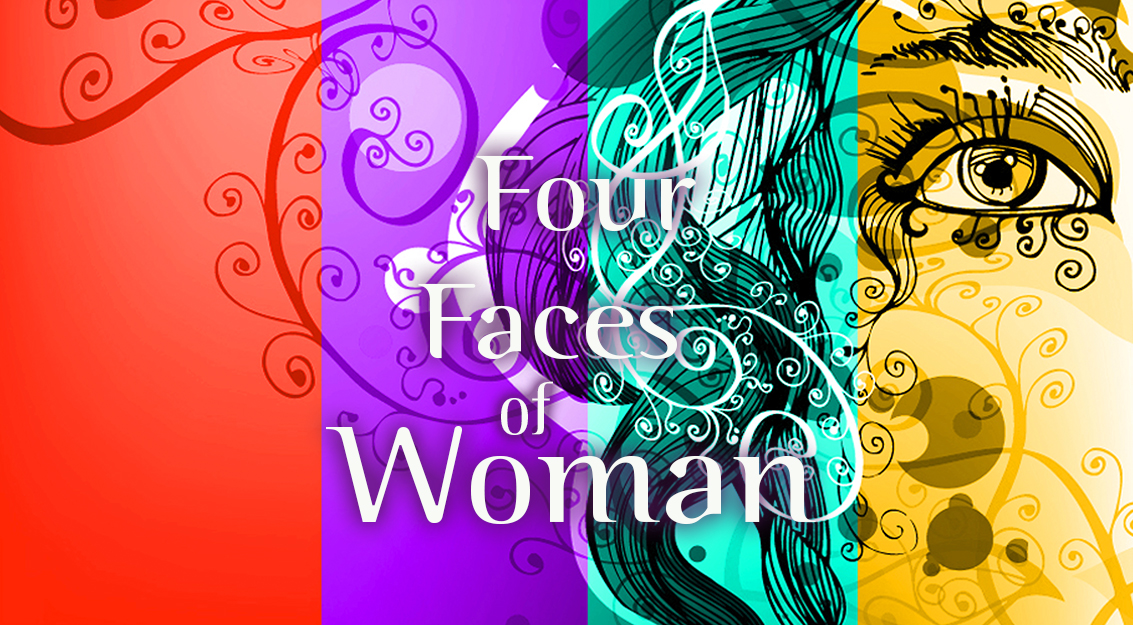 The Four Faces of Woman

Along the centuries women have gone through various phases as society developed. In earlier times, the expression of genuine, pristine qualities were visible in the way woman was seen and lived in the world, in community, and in the family. Virtues like gentleness, purity, innocence, respect, clarity of mind were her natural beauty. As the cycle of life moved on, the patriarchal structures took over and women started to refrain its glow and decision making to give room to a more submissive attitude, to replace her freedom of expression by mainly a household position, of taking care of the home, the children and caring for the day-to-day activities. At one point, in the middle of the 20th century, women started to rebel and claim for a more liberating life style, demanding equal rights with men, willing to study and follow a carrier and earning her own income. Now, on 21st century, it is time to give another jump, with the help of spirituality, discovering her inner strength. Inspired by the qualities an example of the Mythological Indian goddesses, arrived the waited moment for women to claim her power back and rise up as the Shakti, the one who is combined with the Divine.

Luciana Marques de Souza Ferraz is a sociologist and teacher with a wide experience
in the field of training individuals looking for a better life. She has ministered
courses in India, USA, Europe, and Latin America on several topics such as stress-free
living, integral health, positive consciousness, and meditation.
In Brazil, she coordinated international projects in connection with the U.N. – “The
Million Minutes of Peace Appeal”, “Global Co-operation for a Better World” and
“Sharing Our Values for a Better World”. Presently Luciana is the national
coordinator for Brahma Kumaris in Brazil, an international non-governmental
organization that seeks to help individuals re-discover and strengthen their inherent worth in order to creat a better world for all.