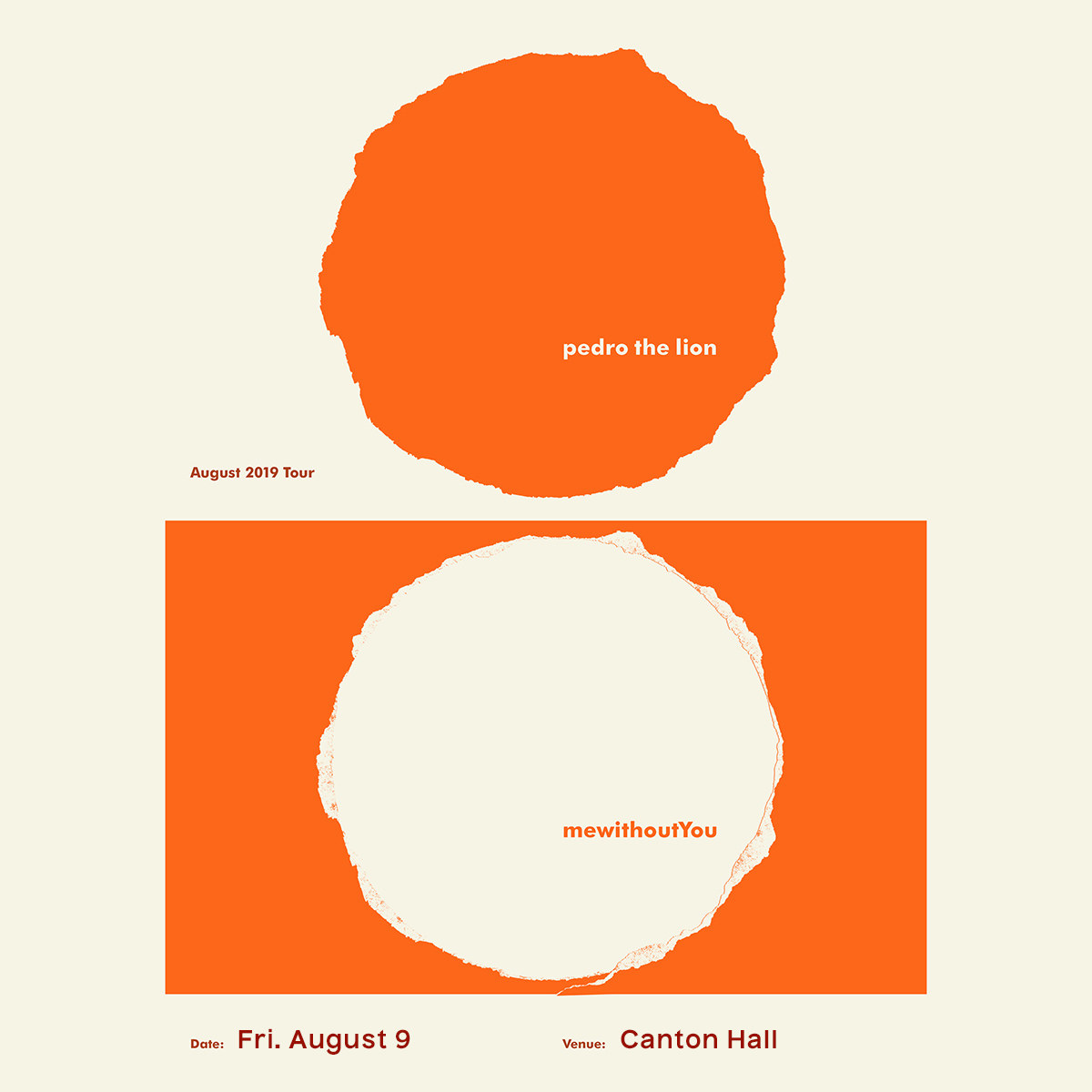 Pedro the Lion and mewithoutYou heads to Canton Hall in Deep Ellum on Friday, August 9, presented by KXT 91.7 FM. Doors open at 7pm, show starts at 8pm. Tickets on sale Friday, May 3 at 10am CT. This event is for all ages.

Pedro the Lion is the brainchild and main output of Seattle singer/songwriter David Bazan.

The band was formed in 1995 and officially dissolved in January 2006, at which point Bazan began recording and touring as a solo artist.

Bazan revived the Pedro the Lion name in late 2017, announcing a series of reunion shows in December. The band signed to Polyvinyl Record Company in January 2018 with the promise of newly recorded material to be released in early 2019. Pedro the Lion toured extensively throughout 2018.

The band lineup has been fluid throughout its history, with Bazan being the only consistent member from album to album.

mewithoutYou (with a lower case 'm' and a capital 'Y' because the "You" is speaking of God) is a Philadelphia, Pennsylvania-based post-hardcore band. Bass player Daniel Pishock decided to leave the band after Catch for Us the Foxes and was replaced by Greg Jehanian. Jehanian took a sabbatical in May 2016 to finish his Masters Degree, then returned in 2018.