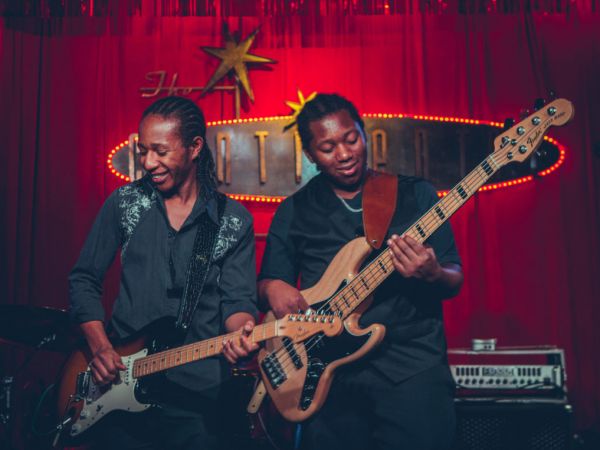 Summer Concert Soul Revival With Blues Guitar Virtuosos
Brothers Glenn and Alex Peterson were just twelve and ten years old, respectively, when a box of old records purchased at a garage sale changed the course of their young lives. The boys purposely chose records they’d never heard - The Isley Brothers and Brothers Johnson, for the obvious “brothers” connection and then, by sheer chance, out came B.B. King and Earth, Wind and Fire.

Fast forward ten years and you can hear their never-the-same-way-twice, signature funk-laced style of blues and soul at some of the most respected venues in Austin and opening for the likes of Willie Nelson, Buddy Guy, Kenny Wayne Shepherd and Texas’ own Gary Clark Jr. Their self-titled first album was recorded live in 2015 at the Continental Club in Austin where they have a weekly residency.