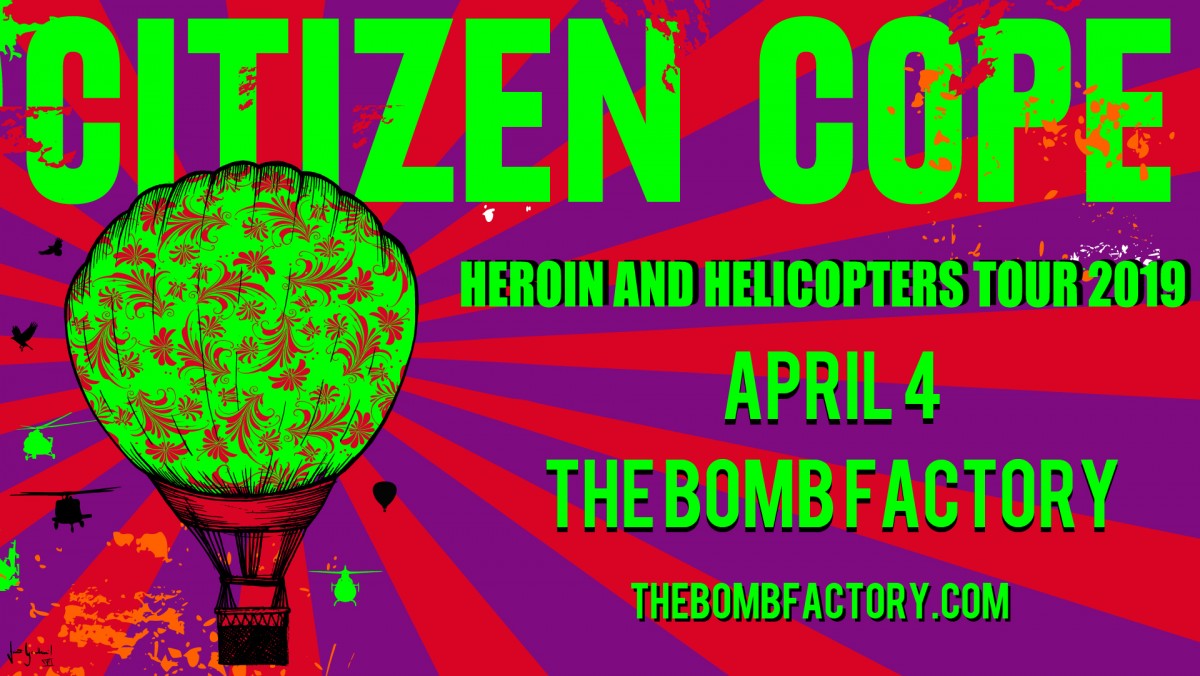 Citizen Cope heads to The Bomb Factory on Thursday, April 4. Doors open at 7pm. Show starts at 8pm. This event is for all ages.

Citizen Cope is both a person (singer/songwriter Clarence Greenwood) and an acoustic-driven band. Born in Memphis and raised in Washington, D.C., Greenwood is the leader of the group, and he steers the band's soulful sound by serving as keyboardist, guitarist, lead singer, DJ, songwriter, and producer. Greenwood first broke into the music business by appearing on albums by Maryland-based rapper Basehead(1993's Not in Kansas Anymore and 1996's Faith), and he used that momentum to issue his first Citizen Cope album, Cope Citizen, in 1992. Greenwood spent the rest of the decade donating songs to several independently issued compilations -- including 1997's Settling the DC Score and 1999's Anti-Racist Action Benefit -- and appearing on the soundtracks to movies like Eat Me and Clubland. He also performed on Lazy K's 1997 album Life in One Day and inked his own deal with Capitol Records.

Although Greenwood recorded an entire album, Shotguns, during his time with Capitol, the label never released the record and he was eventually released from his contract. Dreamworks took the opportunity to sign him in 2000, and Citizen Cope's self-titled album was released two years later. The bad luck continued, however, as Greenwood felt the label mishandled his record. Using an advance from Arista, he bought his way out of the Dreamworks contract and settled into a partnership with his new label. The Clarence Greenwood Recordings hit shelves in September 2004 and received considerable attention, with the track "Son's Gonna Rise" even appearing in a GM Pontiac commercial. The band remained with Arista/RCA for the release of Every Waking Moment two years later, but Greenwood had grown tired of the boundaries presented by any record label. Accordingly, he released The Rainwater LP himself in 2010, although the band's fusion of blues, folk-pop, and laid-back hip-hop remained intact. Greenwood returned two years later with a mellower, more laid-back sound on 2012's One Lovely Day.