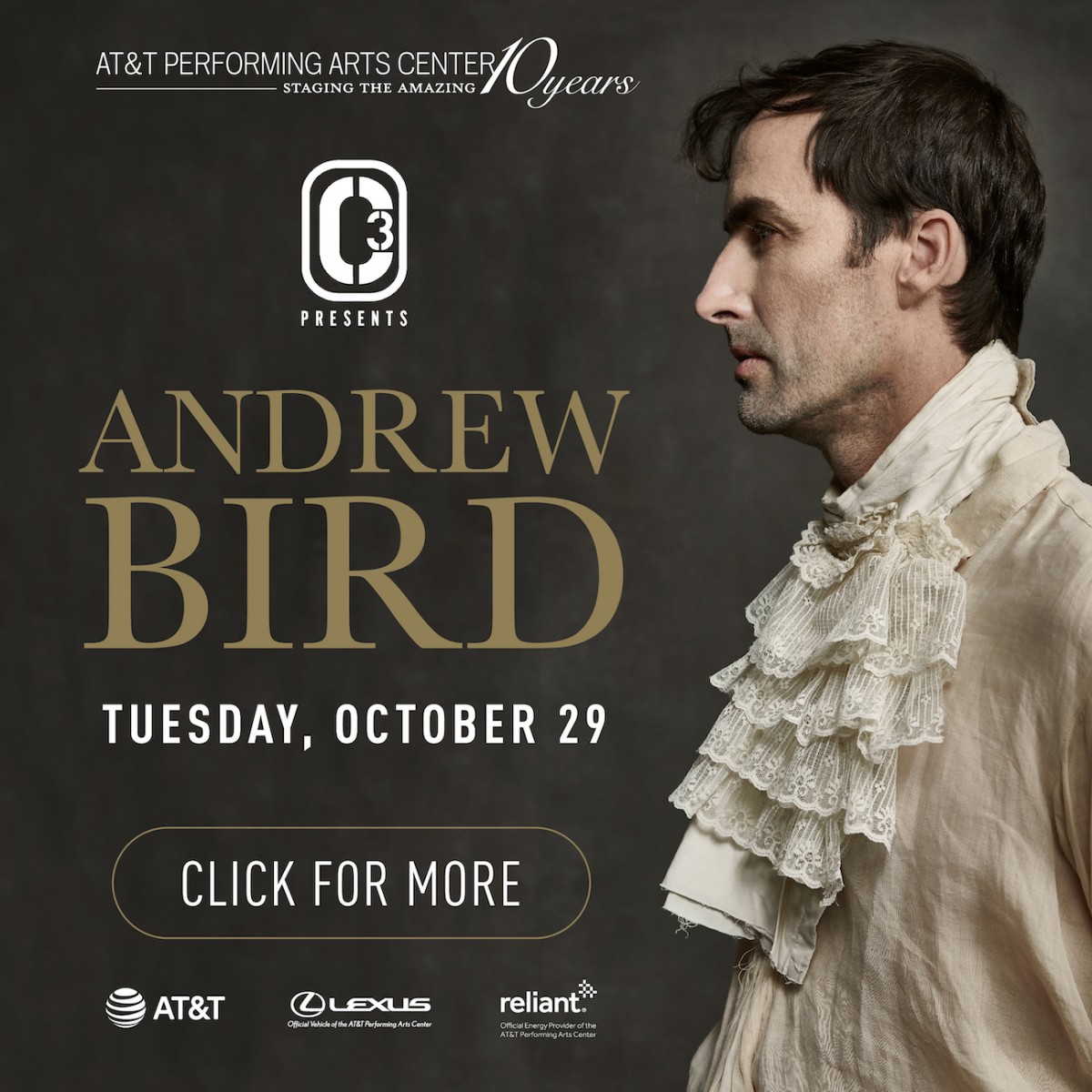 UPDATE -- Andrew Bird has been cast in the next season of the FX show Fargo and, unfortunately, the filming schedule conflicts with several dates on his current tour including his October 29th performance at Annette Strauss Square in the downtown Dallas Arts District.

Ticket buyers will automatically be issued refunds in the next 7 - 10 days for the ticket price for this event, plus pre-paid parking if ordered.

Check out Yola's KXT On the Road Session at SXSW here.

In recent years, Bird performed as the Whistling Caruso in Disney’s The Muppets movie, scored the FX series Baskets, performed at the New Yorker Festival, and collaborated with inventor Ian Schneller on Sonic Arboretum, an installation that exhibited at New York’s Guggenheim Museum, Boston’s ICA, and the MCA Chicago. Bird has been a featured TEDTalks presenter and a New York Times op-ed contributor. Additionally, Bird hosts an ongoing live-streamed series of performances called Live from the Great Room, putting the creative process on display for fans as he performs and converses with friends and collaborators in a candid, intimate setting.

In partnership with RPM, $1 per ticket will be donated to Our Finest Work Yet Fund to benefit organizations like Utah Diné Bikéyah, who are protecting our national monuments and parks through preservation, and investment in local communities.